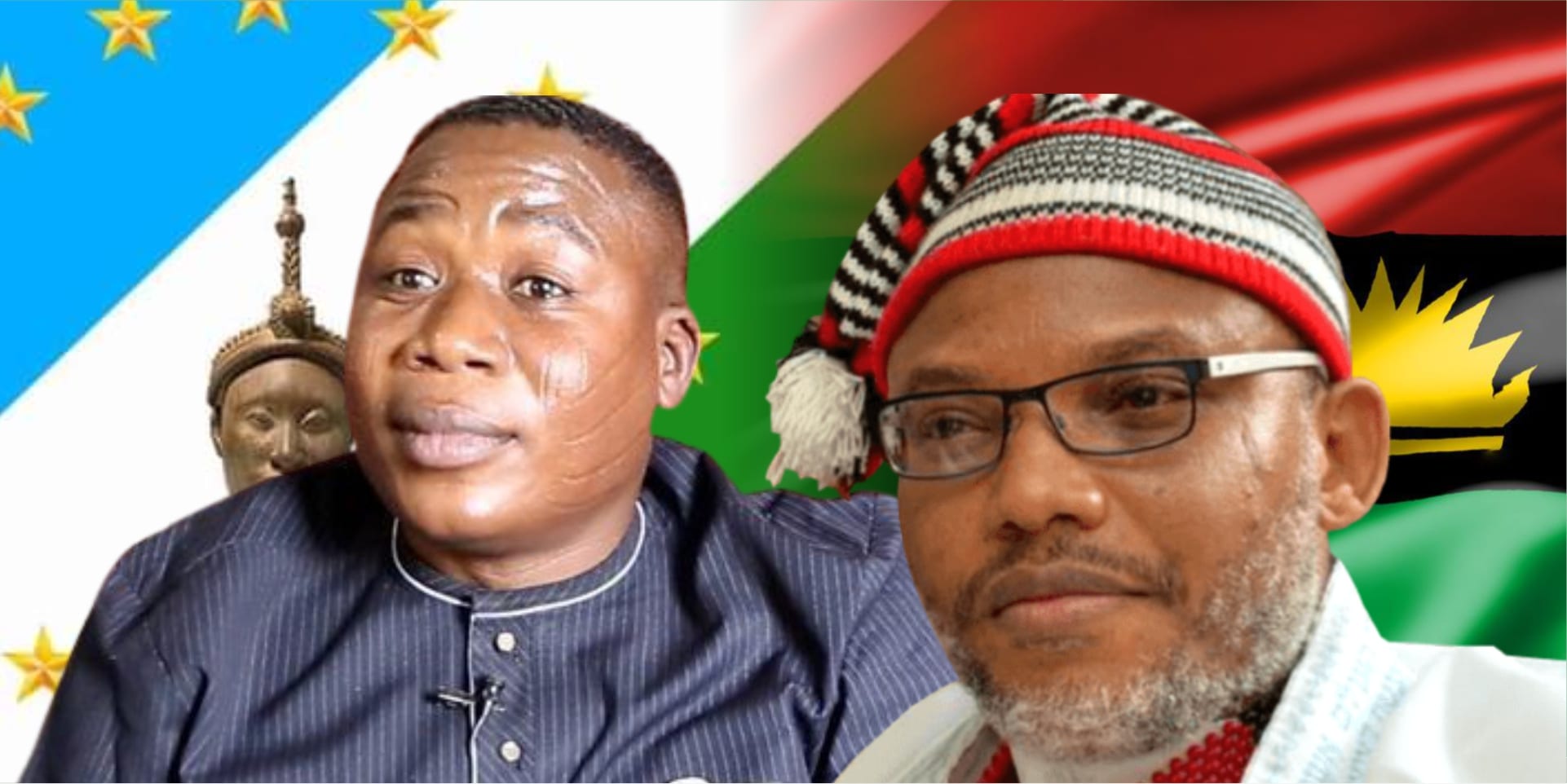 The two major secessionists in the country, Mazi Nnamdi Kanu, the Biafra freedom fighter and the Yoruba nation agitator, Sunday Adeyemo, popularly known as Sunday Igboho who are currently in detention, would know their fate on Monday as they appear in court.

Kanu, the self-acclaimed leader of the proscribed Indigenous People of Biafra, IPOB, who is currently in the custody of the Department of State Security Services, DSS, following his rearrest and reparation from an undisclosed country, is scheduled to appear at the Federal High Court, Abuja on Monday July 26.

Nnamdi Kanu, a dual citizen of both Britain and Nigeria who jumped bail in 2017, had pleaded with authorities to transfer him from the DSS custody to Kuje correctional center over alleged maltreatment and inability to access his doctor, with his health allegedly worsening.

Members of the IPOB and other supporters of the scensionist group have vowed to shutdown the FCT tomorrow to witness the court proceedings.

The spokesman of the secessionist group, Mr. Emma Powerful, stated that members of the group have every right to be in court tomorrow (Monday).

“The federal government of Nigeria has no right to stop IPOB or Biafrans from coming to Abuja to witness the court proceedings or to show solidarity to our leader,” Mazi Nnamdi Kanu.

“Nigeria government cannot beat a child and force him or her not to cry. IPOB has every right to be in court on that day”, he told reporters.

Similarly, the Oduduwa Republic pioneer, Sunday Igboho who was arrested in Cotonou, Benin Republic on Monday while attempting to escape to an European country with his German wife has also been scheduled to be arraigned on Monday at the Cour De’appal De Cotonou after his extradition hearing was adjourned on Thursday.

Igboho’s supporters on Thursday stormed the court in Cotonou to ensure that the activist got justice.

A strong indication has also emerged that more supporters are currently being mobilized to storm Cotonou on Monday when the court would decide on his imprisonment or repatriation to the country. He also stands the chance of being freed like his wife who was released on Thursday.

Some Nigerians who spoke , said fixing their court hearing on same day may be intentional.

A civil servant in the FCT, Mr James Adoga said “the Federal Government may have influenced the shifting of Igboho’s court hearing in Cotonou to Monday so that they will end the two agitators same day.

“If you look at it properly, the Cotonou court fixed last Thursday for the hearing. Initially, they said the hearing would commence by 10am but it was delayed till 5pm and then later adjourned to Monday. I think that was deliberate”.

Similarly, Mr Adebayo, a businessman in the FCT also said “the two activists are likely going to end in jail. This government must have planned everything. I don’t see Igboho being freed and for Nnamdi Kanu, even the gods will tell you that the FG will never release him.

“This is definitely going to cause lots of crisis but I just hope it is properly managed”.