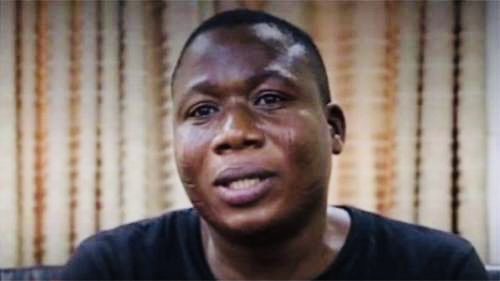 Pelumi Olajengbesi, a prominent member of the legal team of Yoruba Nation agitator, Sunday Adeyemo, aka Sunday Igboho, has accused the Department of State Services (DSS) of trying to assassinate his client.

After the raid, the secret police paraded 12 of Igboho’s followers in Abuja, saying one other was being profiled.

The DSS who said two of Igboho’s guards were killed during a gun duel, declared the agitator wanted.

It said a joint team of security operatives raided Igboho’s residence based on an intelligence report that he was stockpiling arms.

But speaking to ThePUNCH, Olajengbesi stated that the DSS did not invite the agitator before the raid on his house.

He stated that his client would have honoured any invitation extended to him by the secret police.

According to the lawyer: “Before the raid, there was no single invitation from the DSS, be it by phone or by letter, inviting Chief Sunday Igboho.

“If he was invited under the law, he would have honoured the invitation but he was never invited.

“I do not think the intention of the DSS was to arrest Chief Sunday Igboho; the intention was to take him out because the event that took place before his house was invaded was not democratic, it was not normal.

“There is nowhere in the world where security agents raid in such a manner and have the audacity to say that two people were killed in the process.

“This government, particularly the leadership of the DSS, would have to account for these things.”