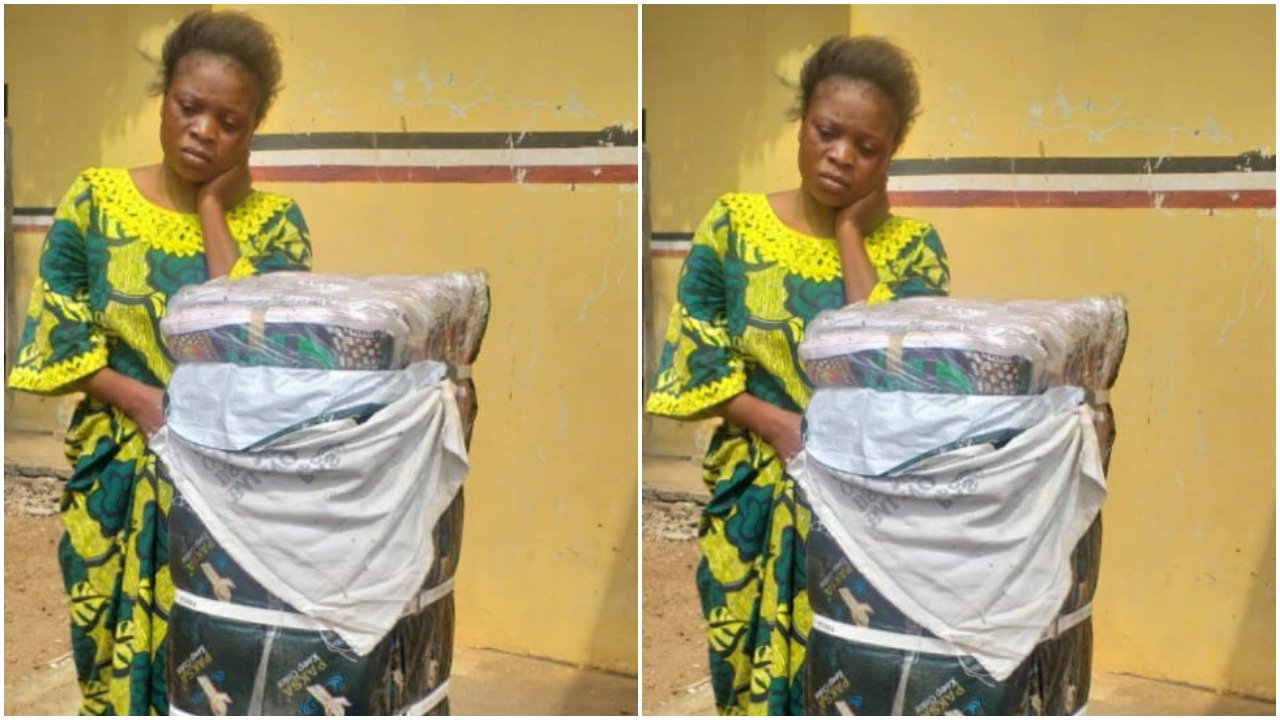 A 30-year-old woman, Ganiyat Abdulraheem, has been arrested for allegedly stealing a bundle of clothes valued at N500,000.

According to the spokesman of the Nigeria Security and Civil Defence Corps, NSCDC, Kwara State command, Babawale Zaid Afolabi, “the suspect committed the crime on Thursday 15,2021 at Ago market in Ilorin, the Kwara State capital.

“A case of theft was reported at our station on Monday, 18/07/2021 at about 1725hours and later transferred to the intelligence and investigations unit for further action.

“Fortunately, the suspected thief was caught in the act and handed over to the NSCDC patrol team of operation harmony by the complainant.”

He added that “the suspect’s accomplice, a tricycle operator, Abdullahi Soliu, has also been arrested.”

Both the alleged thief and the accomplice are currently being interrogated at NSCDC command’s headquarters in Ilorin.

Ganiyat, will however, be charged to court upon completion of investigations before a Magistrate’s Court this week, the statement added.