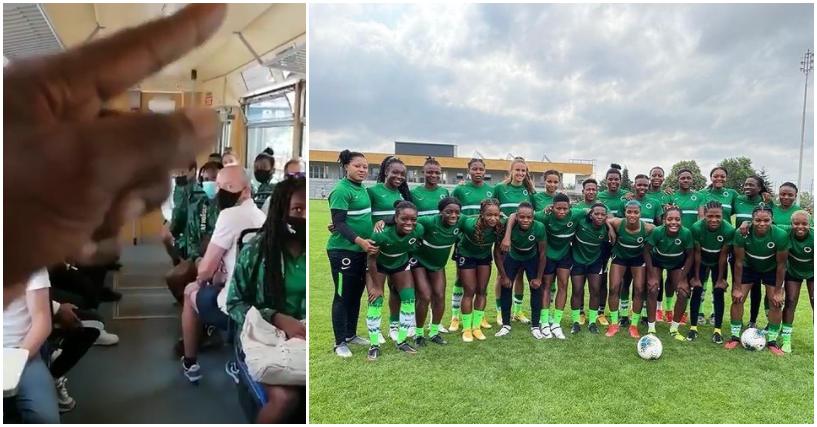 An unidentified Nigerian man has harassed the Nigerian Women football team, Super falcons in Vienna, Austria while on a train.

The man accused the Falcons of failing Nigerian Youths by representing ‘a terrorist government’.

In a viral video, he accused President Muhammadu Buhari’s government of killing Nigerian youths and kidnapping them.

He noted that such government should not be represented, adding that the footballers have failed by representing Nigeria rather than representing the youths.

He said: “I’m a Nigerian, I live in Vienna, you guys are representing a terrorist government.

“Everyone of you should be ashamed of yourself, this cannot happen in another European country.

“Their youths will not represent a terrorist government. A football team who knows the truth should not be doing this, supporting an organisation, by Buhari killing youths, kidnapping them.

“You are mother f*c*ers, representing a government that’s killing your people, you ought to be ashamed of yourself.”

The man was, however, stopped midway as the Falcons prevented him from taking a video of their faces.