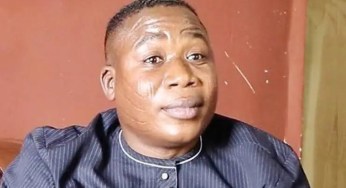 Koiki stated this on Wednesday in a Facebook live as his principal spends his second night in a police cell in Cotonou, Benin Republic.

“We must remain strong and remain calm as we get freedom for Chief Sunday Igboho and the Yoruba race,” he said.