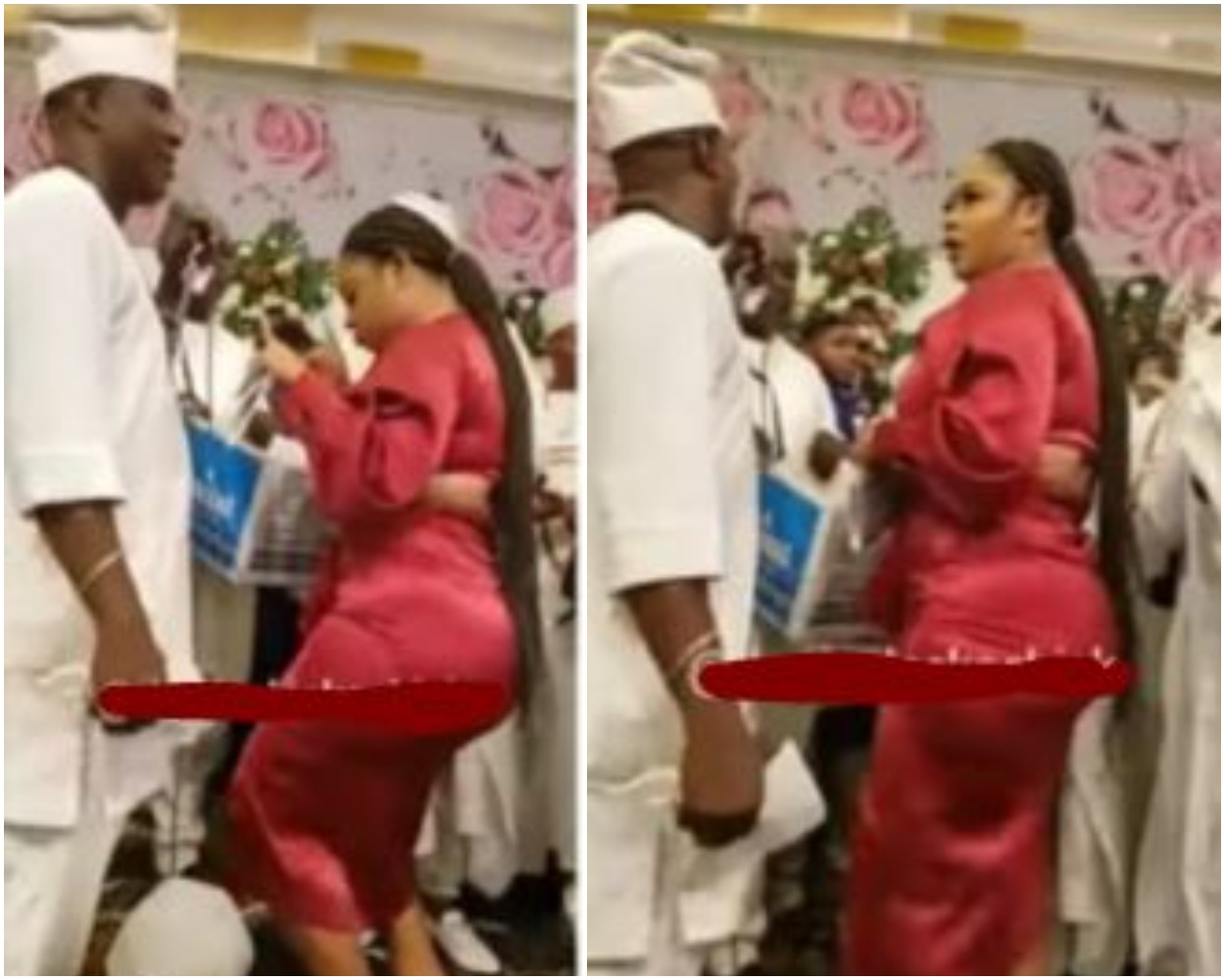 In the video that has become a growing sensation, Olori’s sister, who shares a striking resemblance, joyfully moved her waist from side to side as other kings who were present at the event stylishly stole some looks.

See some of the reactions below;

@Sluacoast wrote; I’m pretty sure most ladies do this to crave attention. Dollars would have rain on her if she had attended Cubana’s mom’s burial

@Iyiataata92 wrote; ‘You get this kind backside yet you no go Oba lats week. By now, you for don become millionaire.’