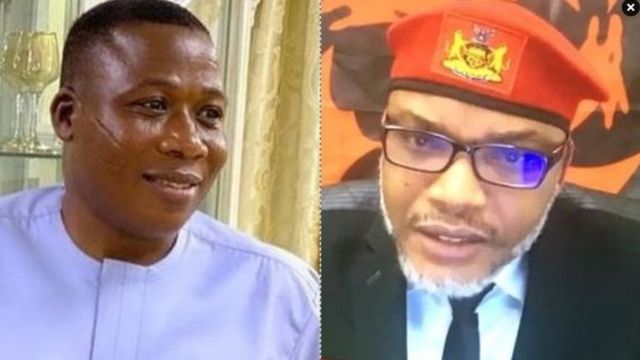 Senior Pastor of Awaiting The Second Coming Of Christ Ministry, Adewale Giwa has encouraged the Yoruba and the Igbo to remain resolute in their quest for freedom.

He said the present happening in the country, where freedom fighters such as Nnamdi Kanu of the Indigenous People of Biafra, IPOB, and Sunday Igboho of the Yoruba Nation were arrested by the Nigerian government shows that freedom was near.

“Nobody can stop the coming freedom of Nigerians from the Fulani empire. The more they threaten and persecute innocent fighters, the more Nigerians get to their freedom,” the cleric said in a statement made available to DAILY POST on Wednesday.

“The ill-treatment and bullying can only make the people strong. Nigerians will come out stronger and better, and there will be light at the end of the tunnel.

“Yorubas, Igbos and others should remain resolute; The Lord will spring a surprise and crush the oppressors. Nigerians never knew President Muhammadu Buhari would treat them badly when they resolved to vote for him in 2015.

“Nevertheless, the mistake has been made and we have learnt our lessons. The few can’t fight the many! Nigerians are close to their freedom, it shall happen very, very soon,” he said.

Sunday Igboho, leader of the Yoruba self-determination group was said to have been arrested in Cotonou, Benin Republic on Monday night as he tried to travel to Germany.

Meanwhile, Nnamdi Kanu has been in the custody of the Department of State Services, DSS, for over 2 weeks now after he was rearrested in Kenya and bundled back to Nigeria by security operatives.