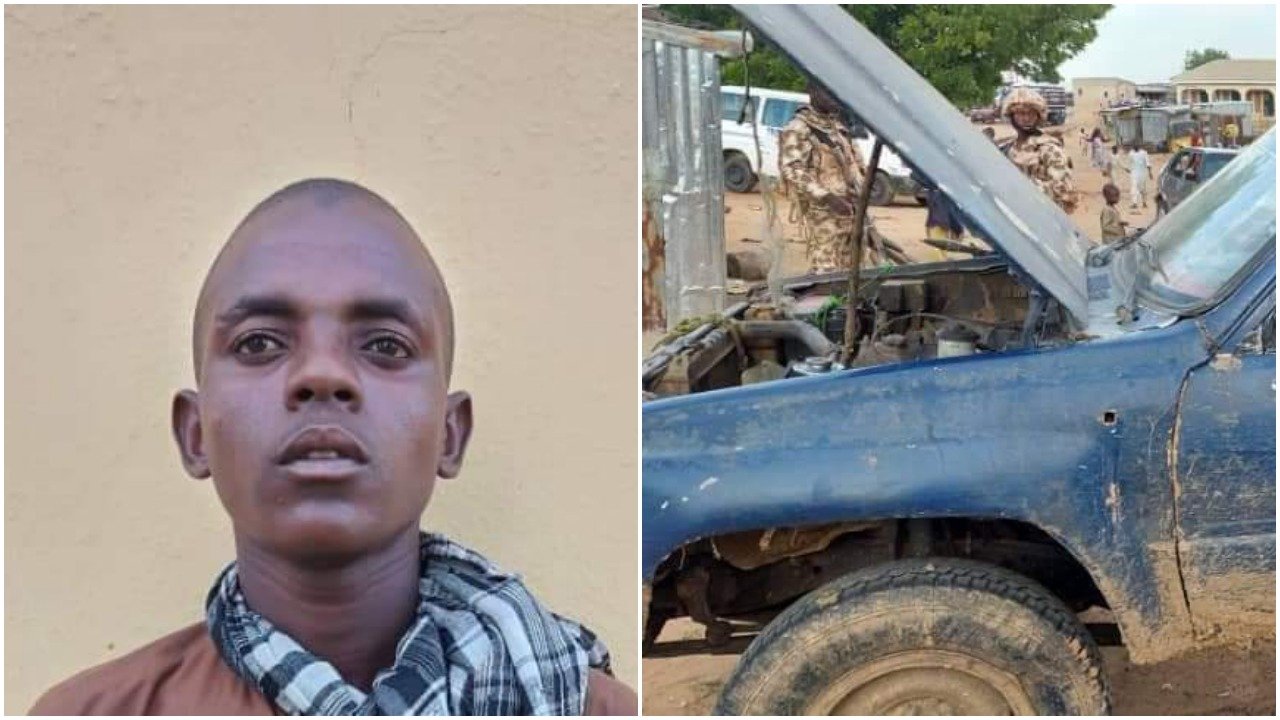 Alkori is one of the wanted suppliers of food and other items to camps of the sect in Sambisa forest.

The suspect was trailed by personnel of the 154 task force battalion headed by Major Daniel Chiwar, the Acting Commander.

He was nabbed while attempting to repair his pick-up van in Sumi Village, a settlement in Kaga Local Government Area of Borno State.

Alkori and allies sneak in during market days in Mainok, Benisheikh and Ngamdu to buy mostly foodstuffs for the terrorists.

Benisheikh town is the headquarter- Kaga, located 105 kilometers from Maiduguri, the state capital.

“The suspect was one of the major ISWAP logistic suppliers in the camps of Gorgi and Kafa. His father was arrested last year for the same crime”, an officer told PRNigeria.

The source confirmed that the Army has intensified operations against insurgents, intermediaries and sympathizers.

Alkori is with the Headquarters of Sector 2, Operation Hadin Kai for further investigation and profiling.

More than 10 suppliers have been apprehended in 2021 alone within the Maiduguri-Damaturu road axis.

They transport food items, fuel, drugs,and recharge cards among others to Boko Haram and ISWAP hideouts.