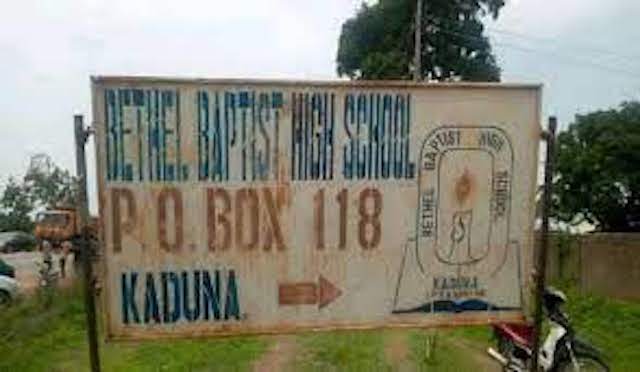 One student, among the 121 abducted students of Bethel Baptist High School Kaduna, has regained freedom on health grounds.

The abducted student was brought back by two of the same abductors.

A source who craved anonymity, disclosed that the released student has been taken to the hospital and is recovering.

According to the source, the freed student confessed that they were being given good treatment, adding that he leader of the abductors directed that the abducted students be treated well and should not be molested.

He added that the released student confessed their abductors always allowed them observe their religiously obligations.

According to the source, the student said, “We sing choruses and pray loudly without molestation. The leader of the bandits said we must be allowed to worship our God.”

The source explained that the abductors even asked the students to pray for them each time they were leaving the camp either for operations or market so that they will return safely.

He said the church was doing everything possible to meet the conditions laid out by the bandits for the children to be released.