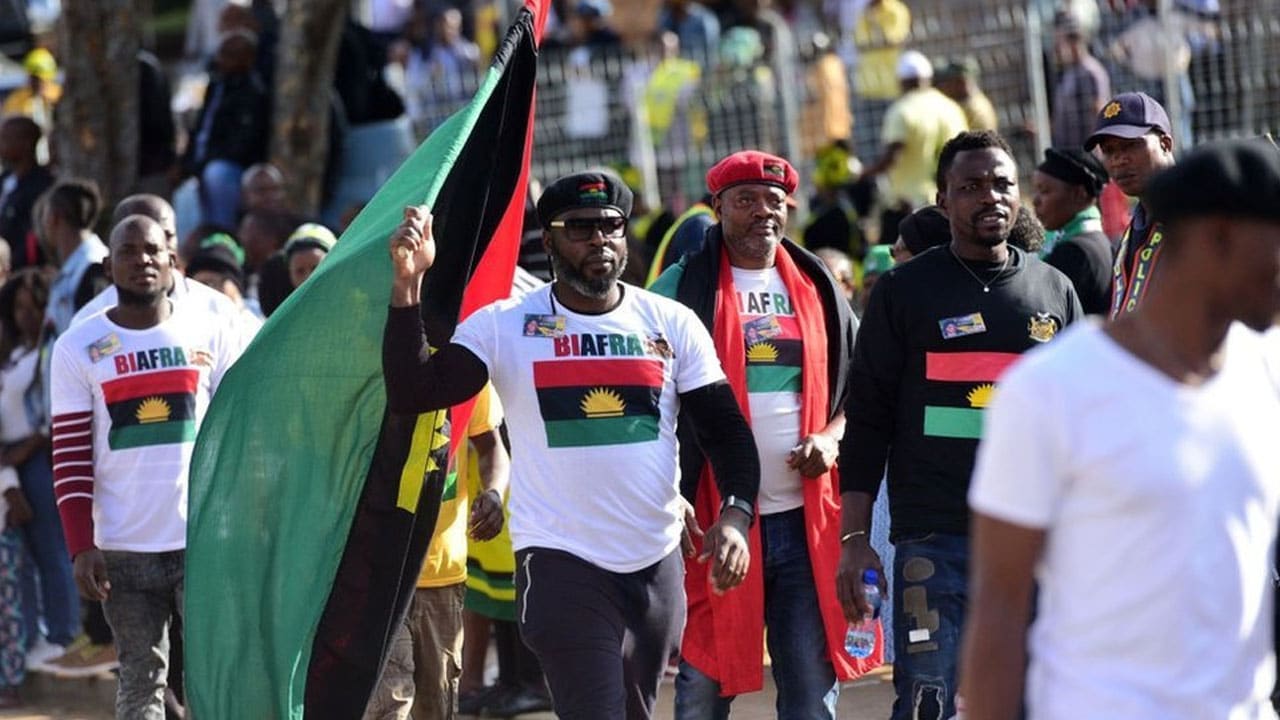 The Biafra Nations League, BNL, has told the Cameroon Government that the country will regret backing the President Muhammadu Buhari government on the rearrest of Nnamdi Kanu, leader of the Indigenous People of Biafra, IPOB.

BNL said it has concluded the discussion on how to conquer the country, declaring that towns in Bakassi Peninsula renamed by the Cameroon government won’t be recognized.

BNL said it has already started pulling down billboards and signposts that do not bear original Efik names, vowing to make Cameroun regret supporting Nigeria against the Biafran movement.

President of Cameroon, Paul Biya had commended Nigeria over the rearrest of Nnamdi Kanu.

In a statement jointly signed by its leaders, Princewill Chimezie Richards, Ebuta Akor Takon, Henry Edet and Linus Asuquo Essien respectively, the group said it had discussed strategies on how to conquer the Cameroon government.

BNL insisted that to increase efforts in sabotaging Cameroon’s maritime security in the region, they promised to make it difficult for President Paul Biya to administer the ceded part of Old Eastern Nigeria territory.

“We met to discuss how to increase our efforts in sabotaging their maritime security, Cameroon won’t be spared from maritime security threats in the Gulf of Guinea. They know what they have encountered since 2019 in the Peninsula,” the statement said.

BNL further revealed how its militant wing burnt down newly constructed markets in Idabato subdivision in May 2019 and since then, the market has not been rebuilt by Cameroon authority.

“We kept telling them that the Bakassi people are not comfortable being controlled by their policies. We told them to build their markets in Cameroon that our people can’t pay taxes to them, we rejected every structure here.

“In 2019 when they ignored our warnings to construct markets at Atabong coast which they now call Idabato subdivision, assailants invaded that market with horsepower boats and burnt it down. They have since been afraid of erecting any further structure in the region.

“It seems they have forgotten the attack on BIR in Idabato coast in June 2020 when they claimed that they encountered sea pirates and killed five with about four corpses falling inside the sea. What about the clash in Isangele subdivision in May 2021 between them and militants who declared their supports for us. We won’t allow any nation working with Nigeria to enjoy peace in the Gulf of Guinea.”

The group dared Cameroon authority to erect any structure in the region, insisting that the BNL will not recognize Cameroon’s authority over Bakassi Peninsula.

BNL said it would not recognize towns in Bakassi renamed by Cameroon government such as Idabato subdivision, Isangele, Kumbo, among others, insisting that original names of Bakassi Peninsula remain authentic. They urged their members in the region to pull down signposts not bearing names of their villages.