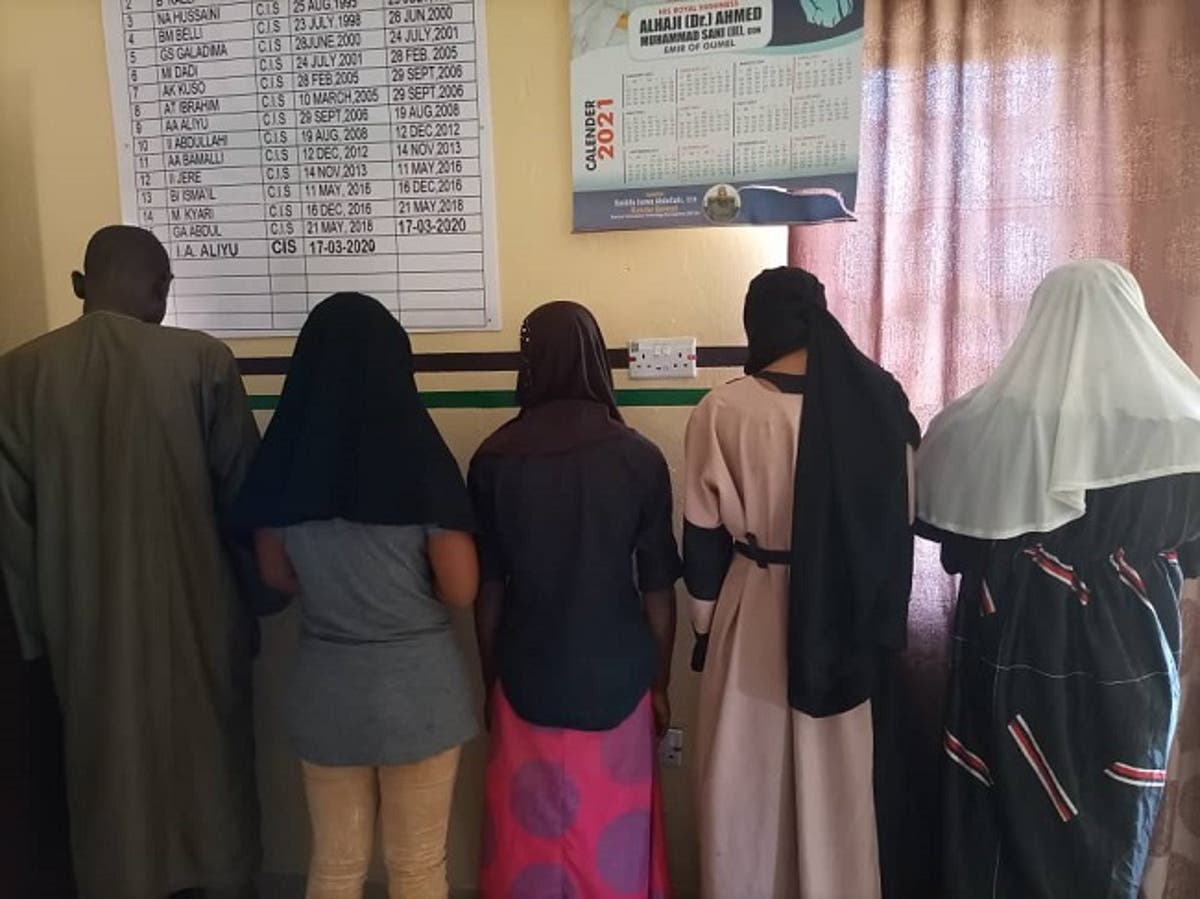 The Nigerian Immigration Service in Jigawa State has invaded a compound suspected to be a hideout of human trafficking victims from southern parts of this country in Gurai, a border village in Babaura local government of Jigawa State and rescued four victims.

This was disclosed by the comptroller of the Command of the Nigerian Immigration Service, Mr Isma’il Abba Aliyu while parading a suspected agent and four victims of human trafficking in Dutse, the state capital, adding that they were victims rescued at Gurai village in Jigawa/Katsina border before an onward trip to Tripoli in Libya via the Niger Republic.

He explained that all the victims are from four different states of Osun, Ogun, Lagos and Akwa Ibom and ranging from 16 to 33 years age bracket.

The comptroller added, “the villagers have attempted to attach his personnel during the operations, our officers released all thread and intimidation made the arrest.”

He noted that the “villagers’ action made us not rescue many of the victims and suspected agents.”

“Because we learned that there are more than 26 victims and an unspecified number of the agent when our men stormed the compound, but with the villagers, unpatriotic action gave them.”

The state commandant said they would be handed over to NAPTIP for further investigation.