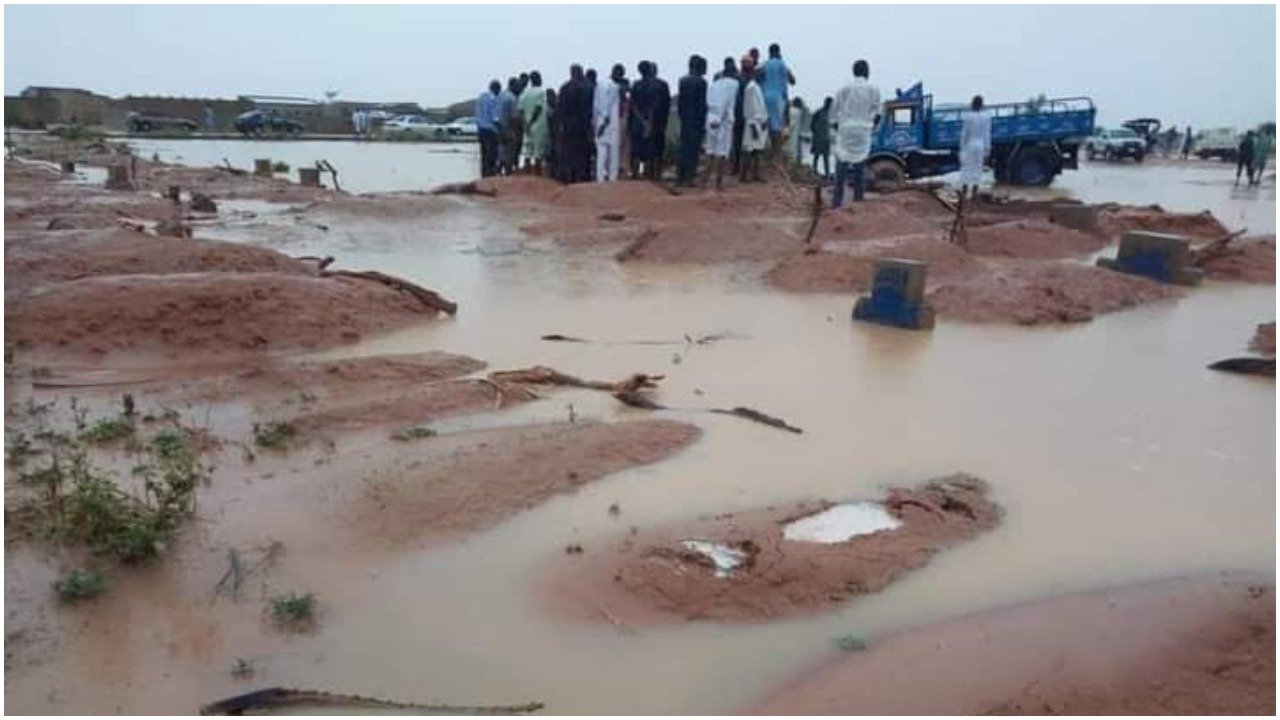 Flood caused by a heavy downpour has submerged a graveyard in Gashu’a town, the headquarters of Bade local government area of Yobe State.

The heavy rainfall, which lasted for several hours, was said to have started in the late hours of Sunday and spanned through the early hours of Monday.

The flood, which led to the washing away of many graves, also exposed some corpses.

A concerned citizen in the area, who identified himself as Alhaji Abba, said the whole town was bewildered with the disturbing development.

“What we saw here at our graveyard is shocking and disturbing as flood has completely taken over the yard. Corpses were exposed, hence making it extremely difficult to bury new bodies.

“We are appealing to the government and well meaning individuals to respond immediately. This place belongs to everyone, because sooner or later it is going to be the final destination for everyone”, he said.

Reacting to the development, the Executive Secretary Yobe State Emergency Management Agency, (SEMA), Dr. Mohammed Goje, who confirmed the incident, said his agency had made all necessary arrangements with a view to rehabilitating the graveyard.

“We are going to provide cement, blocks, sand and other logistics for the rehabilitation work to commence at the graveyard”, he said.

Located near a low-cost housing estate, the graveyard is believed to be one of the biggest in the ancient town where remains are being committed to mother earth.

Perennial flooding is one of the environmental challenges bedeviling Gashu’a, a semi-urban community located at the northern part of Yobe State.