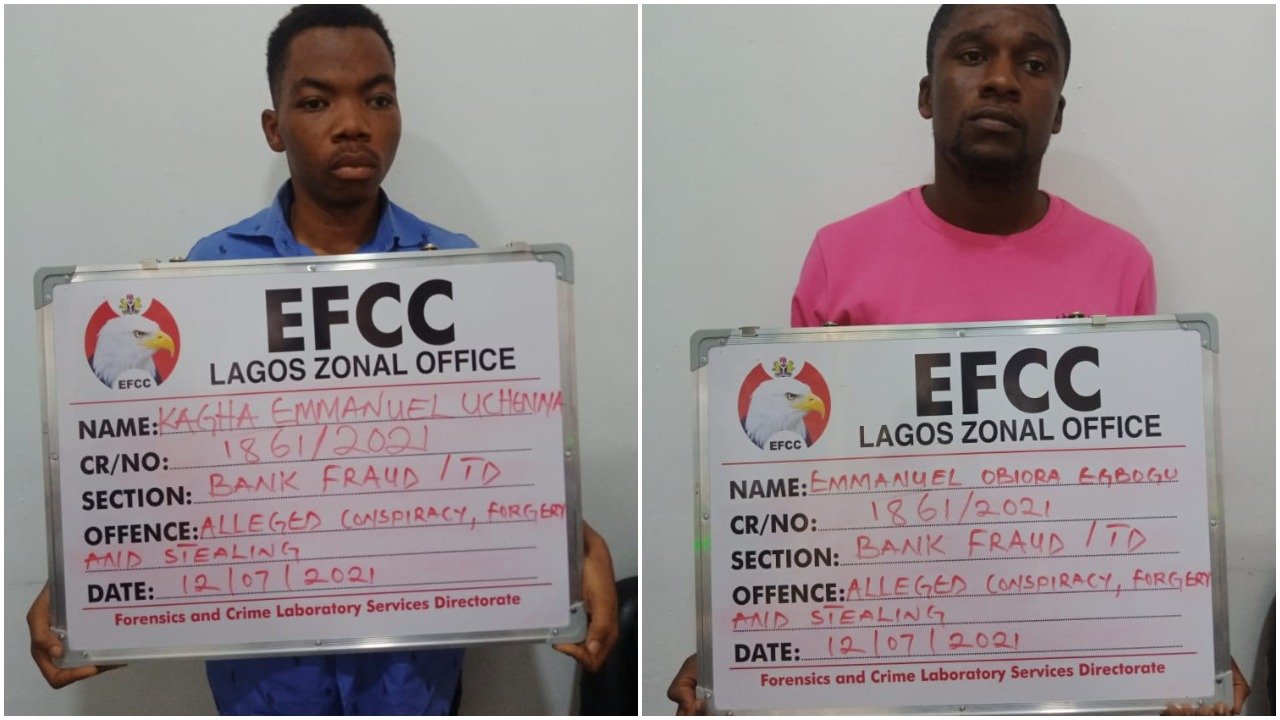 They are accused of conspiracy, stealing, forgery and obtaining money by false pretence.

In a statement on Monday, Wilson Uwujaren, EFCC spokesman said the suspects were arrested on July 7 at the Nsukka branch of a bank.

The trio allegedly conspired and defrauded an account owner the sum of N51,978, 883.

Investigations revealed that they forged the signature and National Identification Number (NIN) slip of the customer.

The bankers then activated his mobile banking application and fraudulently withdrew the money.

“The have volunteered statements and will be charged to court as soon as investigations are concluded,” Uwujaren added.