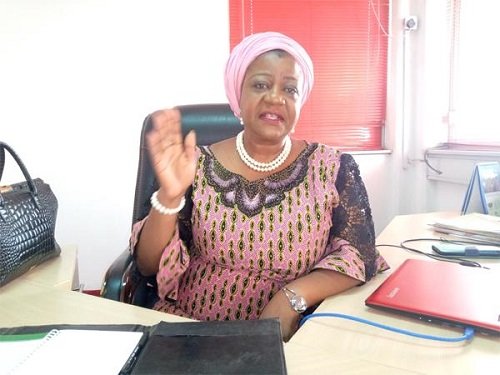 The All Progressives Congress, APC, in Delta State has claimed that Lauretta Onochie, Social Media aide to President Muhammadu Buhari, is not a card carrying member of the party.

The party further asked the Senate to ignore the protests and plethora of petitions against Onochie’s nomination.

Protests have greeted the nomination of Onochie as commissioner of the Independent National Electoral Commission (INEC) by President Mohammadu Buhari.

The APC described as fictitious and frivolous petition from a senatorial district in Delta State which has vehemently opposed her nomination because she is Anioma daughter.

In a communiqué at the end of a meeting of APC leaders and stakeholders in Delta north at the weekend, the party said, “She is a technocrat and has been part of us and she is not a card-carrying member of our party.”

Also, the communiqué signed by Cyprian Ashibuogu, Clement Ozegbe, Nkem Osu and Onyeisi Nwokolobia called on the south and central to support the quest of Delta north to produce the next APC governorship candidate for the 2023 election.

The party argued that Anioma nation has never contested the governorship seat on the platform of APC.