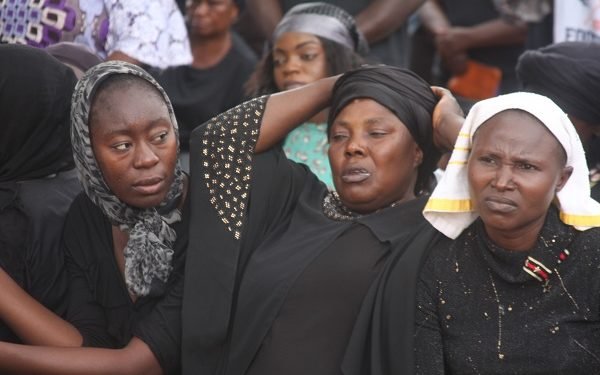 Parents of abducted 121 students of Bethel Baptist High School, Kaduna on Friday tearfully sought the face of God for their release during a prayer session.

The prayer session was led by President of Nigerian Baptist Convention, Rev Israel Akanji and other clerics.

The Nation had reported about 145 students were abducted when bandits invaded the boarding secondary school located at Mararaba Damishi in Chikun local government area of Kaduna state on Monday.

Security operatives who engaged the bandits in a shootout were said to have rescued 28 of the students.

They asked God to touch the hearts of the abductors and release the students unconditionally.

Akanji informed Baptists all over the world were praying simultaneously for God’s intervention and safe release of the students.

He said for 166 years, the church has operated secondary schools across Nigeria without such incident.

According to him.: “We do not have the security therefore I called on Governor of Kaduna state to ensure that these students are released.

“When I spoke with him, he made a promise and I am trusting God that he will keep to his words in ensuring the release of this students.

“The government are doing their best but their best is not good enough, I spoke with the Commissioner of police yesterday Tuesday and he said that they are facing problem of manpower.

“It means that Inspector General of police has accepted that manpower has been inadequate to handle situations and since he said they were doing something about it, therefore manpower has not been really sufficient.

“We will not be intimidated, we will continue to contribute to the growth and development of education in Nigeria and God’s divine intervention will take control of the situation.”

Chairman Kaduna Christian Association of Nigeria (CAN) Rev Joseph Hayab urged Christians to unite because “our Governor is governing with propaganda, the government is intimidating us the Christians. Let the government be responsible, our government is full of lies, you cannot lie in reality.

“You cannot govern people by dividing them, let the government be sincere and unite people and not divide them, they have failed.

“Nowhere is safe, we will not be intimidated. If the government is putting these bandits on the run they will not have the mind to even ask for food”.

President Kaduna Baptist Conference and Proprietor of the Bethel Baptist High School, Rev Ishaya Jangado said: “We are in trouble in this country, we are in days of evil and trouble. Christians in Kaduna are under agony and pain.”

He claimed “Over 400 Christians were kidnapped from January till date. We did every thing government asked us to do. They are sinking us into economic danger day by day.”

Principal of the school, Mrs. Florence Tuga, who was rushed to hospital after the abduction, urged mothers to pray touching their breasts and wombs.

Widows, widowers, mothers, orphans and pastors took turns to pray for safe release of the students.