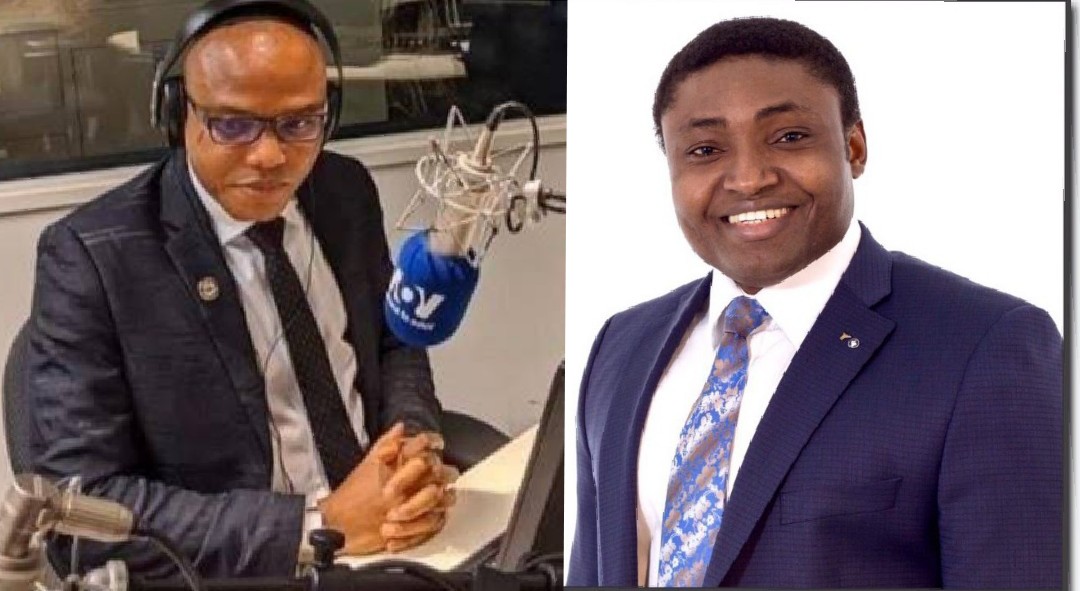 Simon Ekpa has been appointed to head of Radio Biafra, a medium for the secession struggle, following the detention of Mazi Nnamdi Kanu, leader of the proscribed Indigenous People of Biafra, IPOB.

Recall that the Federal Government, through the effort of the Nigerian security and intelligence agencies in collaboration with authorities from other undisclosed countries, nabbed and repatriated the secessionist back to the country years after he jumped bail in 2017.

Kanu is currently detained at the custody of the Department of State Services, DSS.

Simon Ekpa, who is a dual citizen of both Nigeria and Finland, made the announcement via a post on his official Facebook page.

The post reads in part, “Our Leader, Mazi Nnamdi has directed that I, Simon Ekpa should start broadcasting from Radio Biafra with immediate effect.

“This task, I will do with everything in me to see that we maintain the momentum and the legacy of our leader, Mazi Nnamdi Kanu, and IPOB”.

Simon Ekpa, a human rights activist, was a disciple of Nnamdi Kanu who has worked with the IPOB leader in the struggle for the actualization of Biafra as a sovereign nation in Africa.

According to SaharaReporters, Simon has been living in Finland for more than a decade. He is a politician who was recently elected deputy councillor in his municipality.