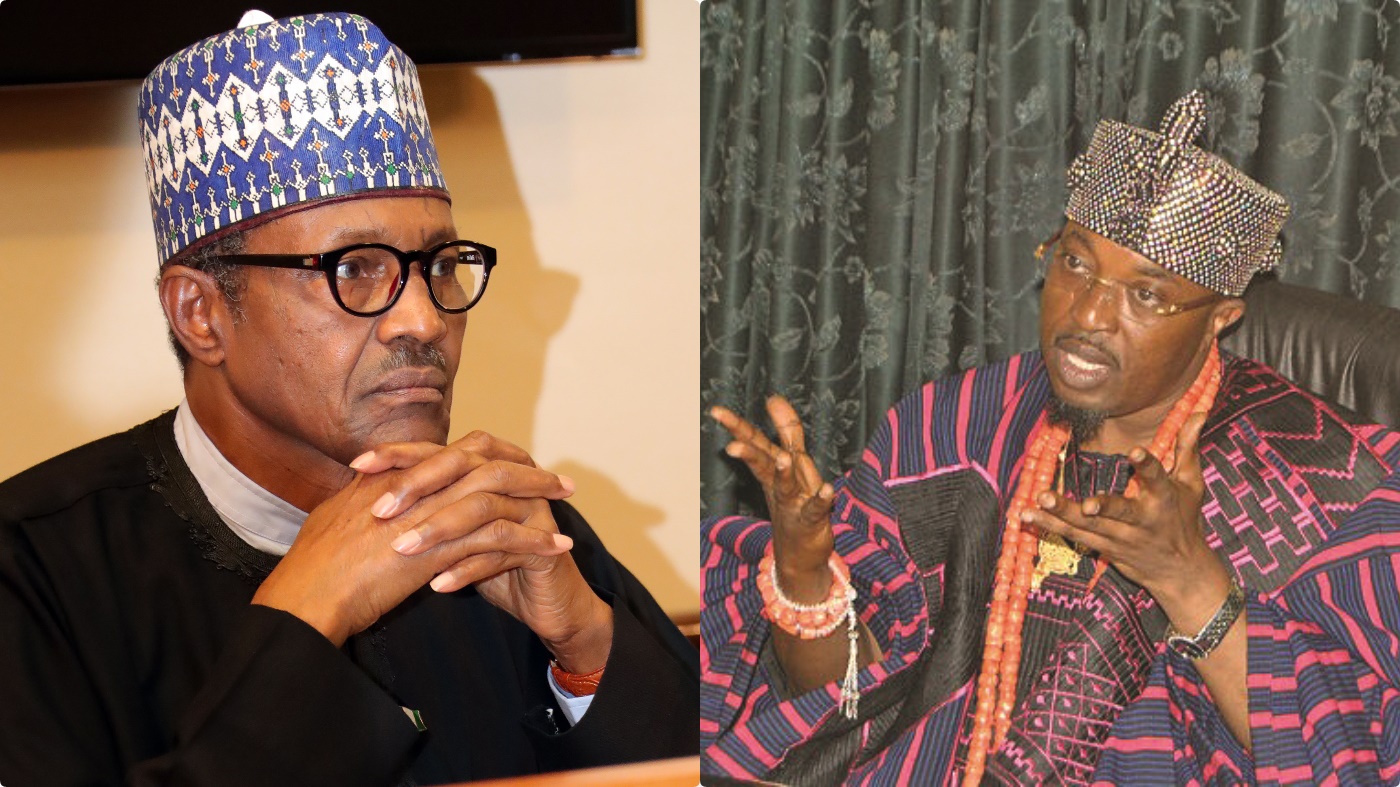 Oluwo noted elders and traditional rulers in Yoruba land warned him when he embarked on agitation for self-determination.

The monarch, in a letter to Buhari, said: “Nigerians most especially ardent readers and witnesses of history will not forget in haste many suspicious circumstances that consumed many nationalists.

“One of the leading and still fresh was the Egba born aristocrat, Moshood Kasimawo Olawale Abiola who died on July 7th, 1998. Kensaro Wiwa equally had his taste. Almost all regions of the Nigerian State have had their taste of such occurrence.

“The prologue and epilogue were historically preserved to be a lesson. But when a child is a slow learner, the parents will have to guide, guard and educate severally before a stable momentum.

“Silence of the parents at times may be translated to support but not necessarily. Not all children appreciate their parents at the point of moral discipline. Disciplinarians tell the truth to positively shape the children’s future. But when the child tells you your mouth is smelling, you stay back and observe.

“However, the responsible father will not throw his child away with the bathwater. I say this to let your Excellency understand the position of most Royal Fathers and stakeholders on agitation for the Yoruba nation. We warned him.”

He added: “However, Sunday Adeyemo popularly known as Sunday Igboho earned his popularity as an activist whose joy is to liberate the cheated. He started as such and grew with it. His strategy is not known to me because I’m not in his camp.

“Whenever I’ve information about his move, I do call him to order. He visited my palace sometime in 2018. I give pieces of advice when sought. Instead of Igboho to distinctively differentiate between agitation towards government and inter groups activism, he failed.

“At a point, he abused stakeholders with spurious allegations. I was the first on the list for drumming support for one Nigeria. As a father, I’ve personally forgiven him.

“And I’m personally beseeching your Excellency as the number one citizen of the Federal Republic of Nigeria to demonstrate your magnanimity by forgiving our promising son, Chief Adeyemo Sunday Igboho. He is a novice in handling issues against the government.

“He is a gift to us in Yoruba. He has pledged his readiness to listen to us. I appeal to your Excellency to slow down the security trail on Sunday Igboho.

“I have the assurance adhering to this piece will go a long way in strengthening the unity of Nigeria. I promise your Excellency that Igboho will mind his steps henceforth. He has suffered a lot. He would step down agitations. I will bring him for peace talks at the appropriate time.

“Liberal struggles are won on intelligentsia merit. Arsenal without strategy is a defeated battle. These and many more, I supposed he has learnt and ready to mend his way. Nigeria is an indivisible entity that cannot be tore overnight for whatever reason. Let’s forgive to move on and up. The strength is not only in diversity but also in forgiveness.”