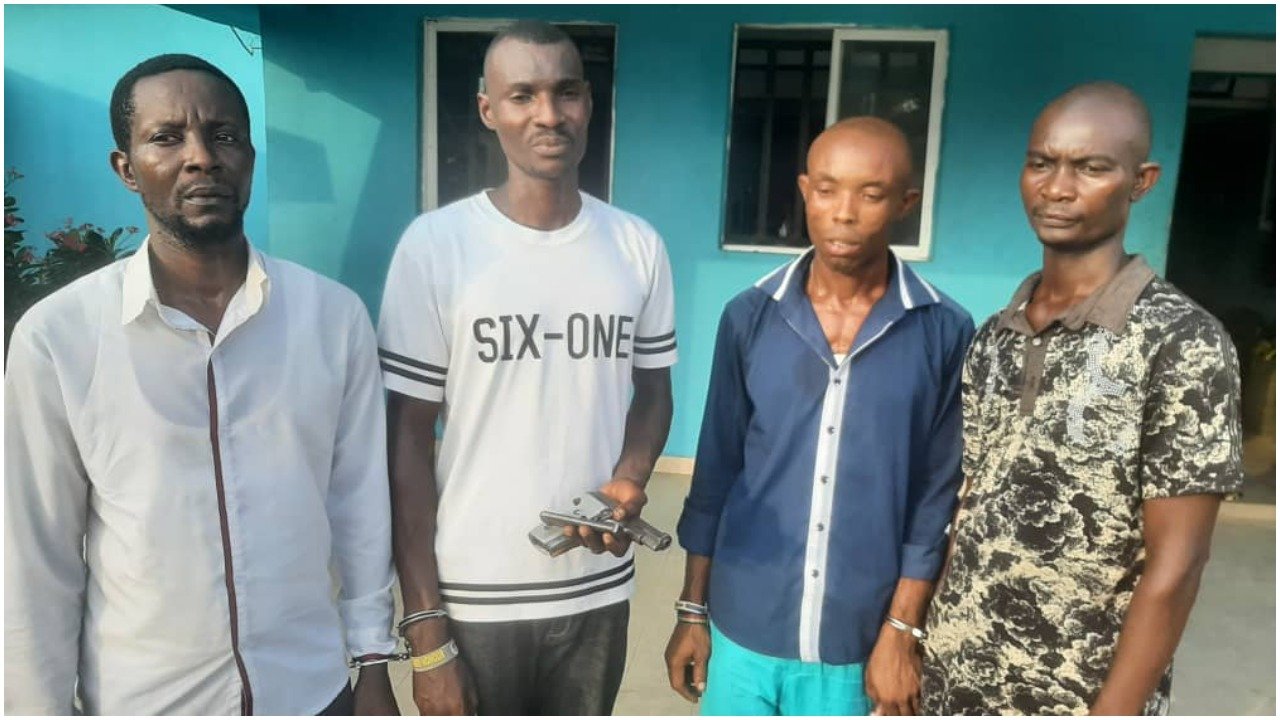 The command also recovered a Beretta pistol from the suspects.

He revealed that the pistol was recovered from Francis.

“They have volunteered useful information, the suspects will be charged to court at the conclusion of Investigation.

“The Commissioner of Police Bayelsa State Command, CP Mike Okoli, fsi, calls for continued support from members of the public to enable Police succeed in the arduous task of fighting crime,” he added.