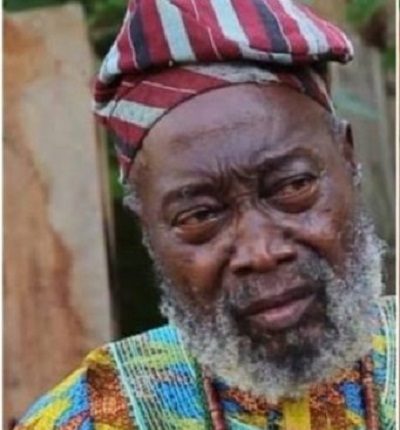 The case between the Kamorudeen Society of Nigeria and Masquerades in Osogbo over an attack that claimed one life was stalled due to the health issue of Chief Kayode Esuleke.

Chief Esuleke, a stalwart of the All Progressives Congress in Osun State was said to have slumped on Friday morning while going to the court for arraignment.

Chief Esuleke, who is also a stalwart of the All Progressives Congress (APC) in Osun State allegedly led the masquerade worshippers that attacked an Islamic group, Kamorudeen Society of Nigeria in Osogbo, the State capital.

The police have also arrested the son of Chief Fayemi Esuleke, Ifashola and the masquerades for allegedly attacking Muslims at their worship centre in Osogbo on Sunday.

Also arrested were the Imam of Kamorudeen Central Mosque and three other Muslims; Kazeem Yunus, Alarape Sulaimon and Saheed Akewi.

The counsel to the Islamic group insisted that the group will not allow the case to be swept under the carpet under whatever guise.

The lawyer said this in an interview at the State High Court in Osogbo on Friday.

According to the lawyers, the suspects from both sides were supposed to be arraigned in court on Friday.

He said, “Some arrests were made, initially the prime suspect, in the person of Esuleke and some others have been arrested. So 24 hours ago, the Imam who is our client was arrested too with respect to the complaint on the side of the masquerades that they had two victims who were assaulted. So it was in respect of that that the Imam was now being held in custody.

“We went to the police station this morning to apply for bail of the Imam because he was accused of assault which is bailable but police said, an arraignment is ongoing to bring them to court both our client and Esuleke.

“We were already in court before we learnt that the prime suspect, Esuleke, slumped on his way to court and has been taken to the hospital.

However, while reacting to the situation, Dr Oluseyi Atanda, the President of the traditional worshippers in the State, said he would not be surprised to hear that Chief Esuleke slumped because the chief is over 80 years of age and that his health is on the fringe.

“Since the matter has become a police matter, we all have to wait patiently and hear from the lawyers and the police what the action is because it was not until late last night that we also heard that both parties would be arraigned in court today and we are also still waiting to see, so we will still wait and talk to the lawyers to share what the next line of action will be.

“Baba’s health is a bit on the fringe because he is over 80 years of age and I am also aware that baba had surgery less than 2 months ago, so I wouldn’t be surprised if Baba has been in detention for over 72 hours and something goes otherwise,” he said.