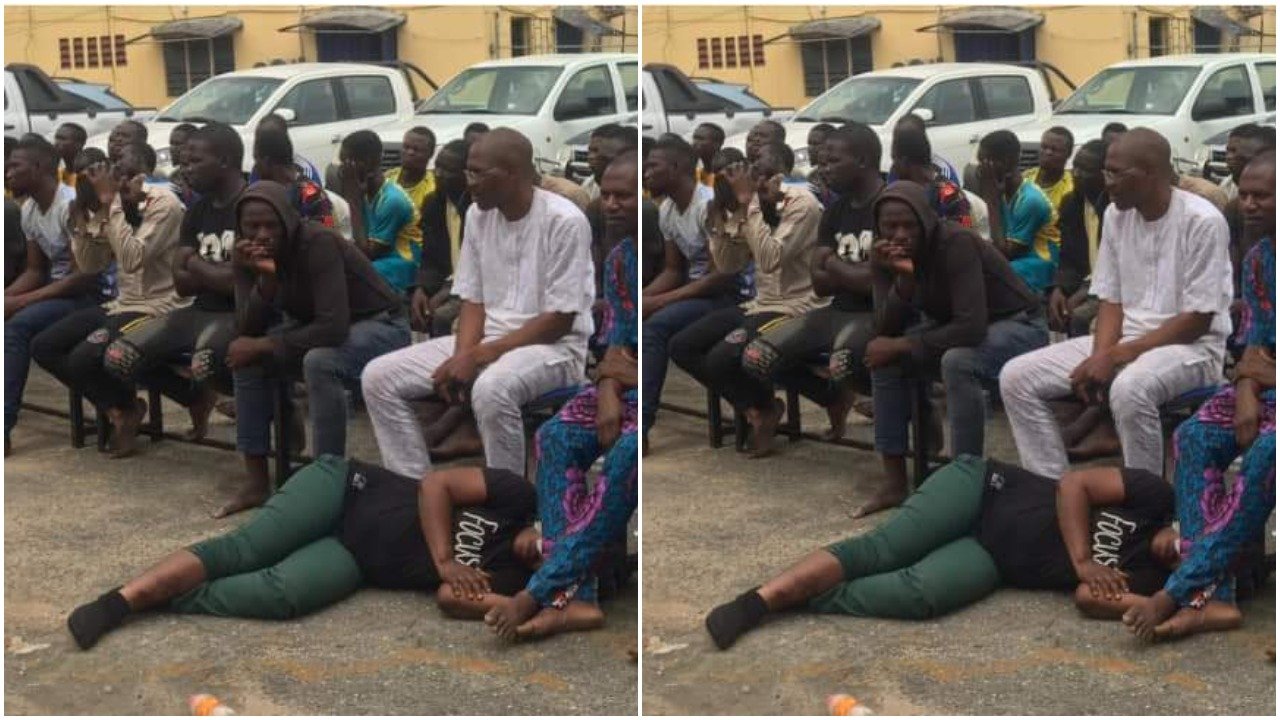 The Lagos State Commissioner of Police, Hakeem Odumosu, has paraded 49 suspects arrested during the Oodua Republic demonstration around the Gani Fawehimi Freedom park of the state on Saturday.

Speaking at the command headquarters on Sunday, Odumosu said the suspects were arrested for violating the ban that no rally or gathering should hold in the state.

He said, “The press briefing is on what happened yesterday during the Oodua Republic Mega Rally. The Lagos State Government and the police command kicked against any rally of any kind in the state due to the unfavourable intelligence gathered about the rally.

Okei-Odumakin to security agents: Leave Igboho, probe 14-year-old drink seller’s killing at Lagos rally
“We advised the demonstrators to steer clear of Lagos State due to the fact that it could not afford another loss that was incurred during the #Endsars.