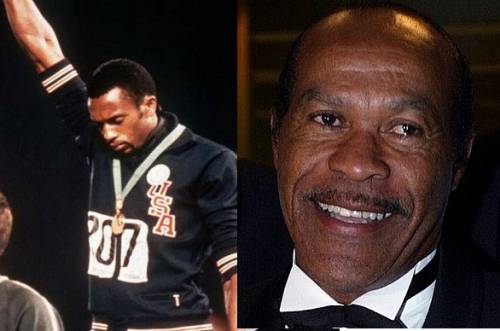 The former world record holder of 400m event was buried on Thursday, in accordance with his wishes before he died.

Lee Evans, the veteran American athletic coach and 1968 Olympic 400m champion, has been laid to rest in a tomb at a private cemetery of the Segun Odegbami International College and Sport Academy, in Ogun state, according to SaharaReporters.

The former world record holder of 400m event was buried on Thursday, in accordance with his wishes before he died.

It was gathered that the burial site was chosen according to the wishes of the late coach with the help of his families.

Evans worked with many Nigerians athletes whom he helped to reach stardom.

The choice of burial site it was gathered was in accordance with the late coach’s wishes, and with the support of the siblings and children of the deceased.

Records have it that Evans, who died at age 74 years, among many other achievemens, was the first man to run under 44 seconds in the 400 metres event earning him the Gold medal at the Mexico City Olympic Games in a time of 43.86s.

Also, his two world records in his chosen sport, earned him an induction into the USA Track and Field Hall of Fame in 1983.

While he had worked on grassroots sports development across Nigeria in various capacities at different times; Evans’ last ongoing project in the country was with football legend, Segun Odegbami, Premium Times reports.

Odegbami in one of his tributes to Evans said: “His (Evans) last few months on earth were spent dreaming big about a future with young boys and girls passing through the Segun Odegbami International College and Sports Academy, SOCA, and teaching and training them to be first-class student-athletes.

Evans suffered a stroke in Nigeria shortly before his death and was unconscious in a hospital, according to the San Jose Mercury News.

He was a founding member of the Olympic Project for Human Rights and one of the athletes to fight for racial justice before and during those Games.