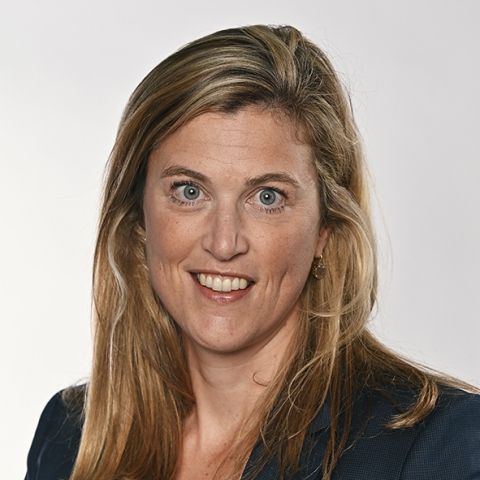 This weekend, a number of coronavirus measures will be relaxed as the second phase of Belgium’s “summer plan” will come into force a few days early, the Consultative Committee decided last week.

These measures will go into force on Sunday 27 June, and will apply until 30 September 2021, according to the Ministerial Decree published by Interior Affairs Minister Annelies Verlinden on Thursday.

“However, the epidemiological situation is constantly and closely monitored, and it is not excluded that the measures will be further adapted in the coming period,” she said.

The next Consultative Committee, which could announce changes to these measures, is set to take place on 16 July.

Bars, restaurants and all other hospitality businesses are allowed to open their indoor and outdoor areas from 5:00 AM to 1:00 AM, and takeaway meals and home deliveries are allowed during the same time.

A maximum of eight people can share a table, not counting children up to 12 years old. Households with more than eight members are also allowed to sit together.

On terraces, tables have to be placed in such a way that different table parties are at least 1.5 metres apart. However, if they are separated by plexiglass or plastic screens with a minimum height of at least 1.8 metres, tables are allowed to be closer together.

Café sports and games of chance in hospitality establishments are allowed again, but only if all players wear a face mask.

Additionally, there is no longer a restriction on the number of people at indoor banquets and receptions.

From Sunday until Thursday 29 July, a seated audience of maximum 2,000 people is allowed indoors, and 2,500 people outdoors (not counting children up to 12 years old).

From Friday 30 July, an audience of maximum 3,000 people is allowed indoors, and 5,000 people outdoors (not counting children up to 12 years old).

These activities may take place during the same hours as the hospitality industry can be open, meaning between 5:00 AM and 1:00 AM.

For events with an audience smaller than 100 people indoors or 200 people outdoors, the permission of the competent local authorities is not needed.

If food and/or drinks are served, the rules of the hospitality industry have to be respected, except for the maximum noise level of 80 decibels indoors. Take away is allowed.

Markets, annual fairs, flea markets and funfairs may continue to take place, but if more than 5,000 visitors are present at the same time, a one-way traffic plan has to be drawn up, with separate entrances and exits.

At outdoor sports games, the public can be divided into different compartments, on the condition that the people in the compartments cannot mix before, during and after the game.

Additionally, the capacity of all compartments combined may not exceed one-third of the total capacity of the sports infrastructure.

Group activities of clubs or associations are allowed with a maximum of 100 people until 29 July, and a maximum of 200 starting from 30 July.

An adult trainer or supervisor must always be present, and is not counted in the group total. Additionally, activities may again take place with an overnight stay.

Teleworking is no longer mandatory, but remains strongly recommended.

Teambuilding activities that require the physical presence of employees are again allowed.

Each household can receive a maximum of eight people at the same time inside the house (or in a small tourist accommodation), not counting children up to 12 years old.

For all the above-mentioned activities, people can take part in groups in which they do not have to respect the social distance of up to eight people, not counting children up to 12 years old. Larger groups are only allowed if all members belong to the same household. However, groups cannot change composition during the same activity.

For weddings, funerals, cremations and religious services, a maximum of 200 people are allowed to assemble in a room provided for that purpose, not counting children under 12 years old, the official and the minister of worship.

When the services take place outside or when visiting a cemetery, the maximum number can be increased to 400. The hygiene measures, however, must be observed at all times. Larger numbers are possible with the prior permission of the competent municipal authority.

For shopping, there are no longer any restrictions on the number of people who can go together.

Night shops are allowed to open during the same hours as the hospitality sector, meaning between 5:00 AM and 1:00 AM.

The ban on gatherings, both at night and during the day, is lifted completely.

For manifestations and demonstrations, there are no longer any restrictions on the number of participants if everyone adheres to the face mask obligation and the rules of social distancing.

During such a mass event, placing large tents is allowed, if at least two sides of it are completely open and free. The use of an air quality meter (CO2) is mandatory and it must be installed in the centre of the tent in a place clearly visible to the visitor.

See also  Melaye Promises To Make Himself Available To Police

The arrival area to the mass event shall be organised in such a way that the rules of social distancing can be respected.

From 1 July, fully vaccinated people living in most non-EU countries that are considered red travel zones will be allowed to make non-essential journeys to Belgium again, if they have a vaccination certificate approved by the Belgian authorities.

However, an entry ban applies to travellers coming from all “very high-risk countries” on this list (which includes India, Brazil, South Africa and the UK), meaning that most people who were on one of their territories at some point in the last 14 days are prohibited from travelling – directly or indirectly – to Belgium.

Exceptions are only made for Belgian nationals and people who have their main residence in Belgium, as well as for a very limited number of authorised essential journeys, such as travel by transport personnel and diplomats.

Additionally, non-Belgian residents travelling to Belgium from a red zone who can present an EU Digital Covid Certificate will no longer have to present a negative PCR test taken a maximum of 72 hours before arrival.