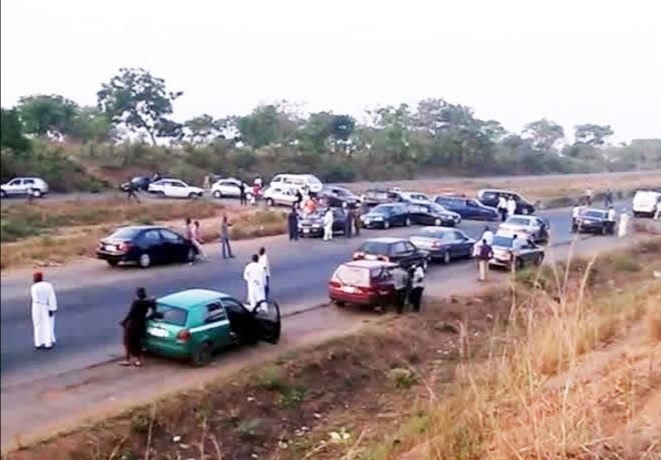 An unspecified number of travelers were on Friday abducted after being attacked by suspected bandits along Kaduna-Kachia road, Kaduna State.

The State Police Public Relations Officer, ASP Mohammed Jalige, who confirmed the incident to newsmen said three empty vehicles were recovered from the scene of the abduction.

According to him, one person was found injured and taken to the hospital for treatment while the exact number of people abducted was yet to be ascertained.

“We were alerted about the incident but on getting to the scene, our men discovered three empty vehicles with one injured person.

“However, the number of kidnapped persons is yet to be ascertained, but investigations have begun to trail the abductors and release the abductees,” he said.

NAN reports that an eyewitness who spoke in anonymity told newsmen that the unfortunate incident happened about 3:00pm at Makyalli area along Kaduna-Kachia road.

“I was plying the road when some people alerted me a few meters to the place of the incident.

“Luckily, I and some other commuters spent about 40 minutes on the highway before security operatives came and cleared the road,” the source said.