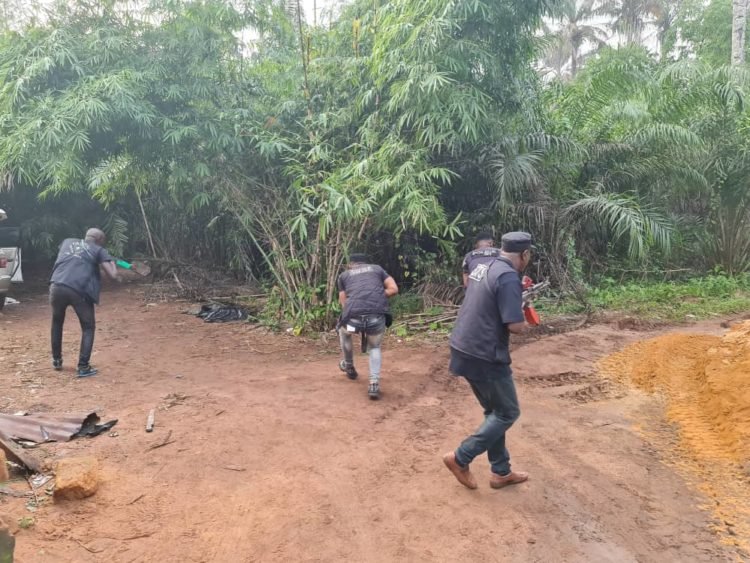 Operatives of the Nigerian Police on Friday raided camps of suspected members of the Eastern Security Network (ESN), the militia wing of the Indigenous Peoples of Biafra (IPOB) group.

It was gathered that many ESN members were killed in the raid that took place at Atta, Izombe and Ideato North areas of the state.

According to The Nations, the raids which commenced around 4 am was carried out by operatives of the Intelligence Response Team (IRT), Special Tactical Squad (STS), Anti-Kidnapping Unit (AKU) and other special forces.

Sources revealed that a commander of the group who was earlier arrested led the operatives to the camps where several weapons, stolen vehicles, explosives, gun powders, charms, weed, ammunition, hard drugs and the group’s flags were recovered.

Although the number of suspects killed was not specified, a source privy to the operation said many of them were neutralised inside the forest during gun battles.