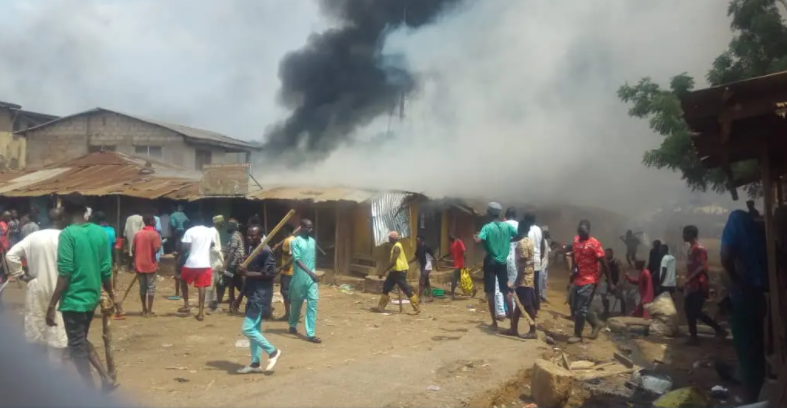 The hostility between Effiom and Ezza in Ado and Ohaukwu Local Government Areas of Benue and Ebonyi States has indicated that a major crisis between the two neighbouring states is likely.

Recall that the rival communities have several times clashed over boundary demarcation, leading to the death of many, while property were burnt and destroyed as the number of Internally Displaced Persons, IDPs, continues to multiply in the areas.

Following the crisis, about five elders from Odum Community of Ulayi District, Ado LGA were abducted by unknown armed men last month which heightened tension between the warring communities.

A few days ago, ten persons were murdered while others sustained varying degrees of injuries in a renewed hostility between the warring villages as scores were rendered homeless.

Governor Dave Umahi of Ebonyi State had in April 2021 accused the Agila Community in Ado Local Government Area of Benue State of launching attacks on the Ebonyi community which according to him, led to the killing of an unspecified number of residents.

Reacting, Governor Ortom’s Deputy and Chairman of the Benue Boundary Committee, Engr Benson Abounu in a statement, urged Umahi to leave Benue out of attacks in Ebonyi communities.

Engr Abounu, who expressed disappointment over Governor Umahi’s allegation, urged him to conduct a proper investigation on the incident and retract his claim.

Following the lingering crisis, a member representing Ado/Ogbadibo/Okpokwu Federal Constituency, Dr Francis Ottah Agbo, has appealed to the Effiom and Ezza people living on the borders of Benue and Ebonyi States to shield their swords and give peace a chance.

The Ado LG Chairman, Mr James Oche noted that the aged long crisis escalated from other parts of Ebonyi State, stating that it can only be resolved by the state government.

According to him, “What our people are suffering here is as a result of Effiom and Ezza crisis which escalated from Ebonyi to Ado LGA.

“It didn’t originate here so only the Ebonyi State Government can go to the root of the problem and settle the issue between the two tribes”.

Speaking on Umahi’s allegations that the people of Agila attacked the Ebonyi community, Mr Oche said, ” With the report we have, the attack the governor was referring to, was carried out by suspected Fulani herdsmen”.

The Benue State Police Public Relations Officer, PPRO, DSP Anene Sewuese Catherine said that she would consult the Duty Police Officer in charge of the area and get back to our correspondent.

However, the Ebonyi State Police Command refuted the recent attack that reportedly led to the death of 10 persons in Ado and Ohaukwu LGs.

The command’s spokesperson, DSP Loveth Odah who spoke  on Wednesday, claimed that the aged long crisis had been resolved, stating that, “What remains is the proper demarcation of the disputed land border,” which according to her would happen soon.