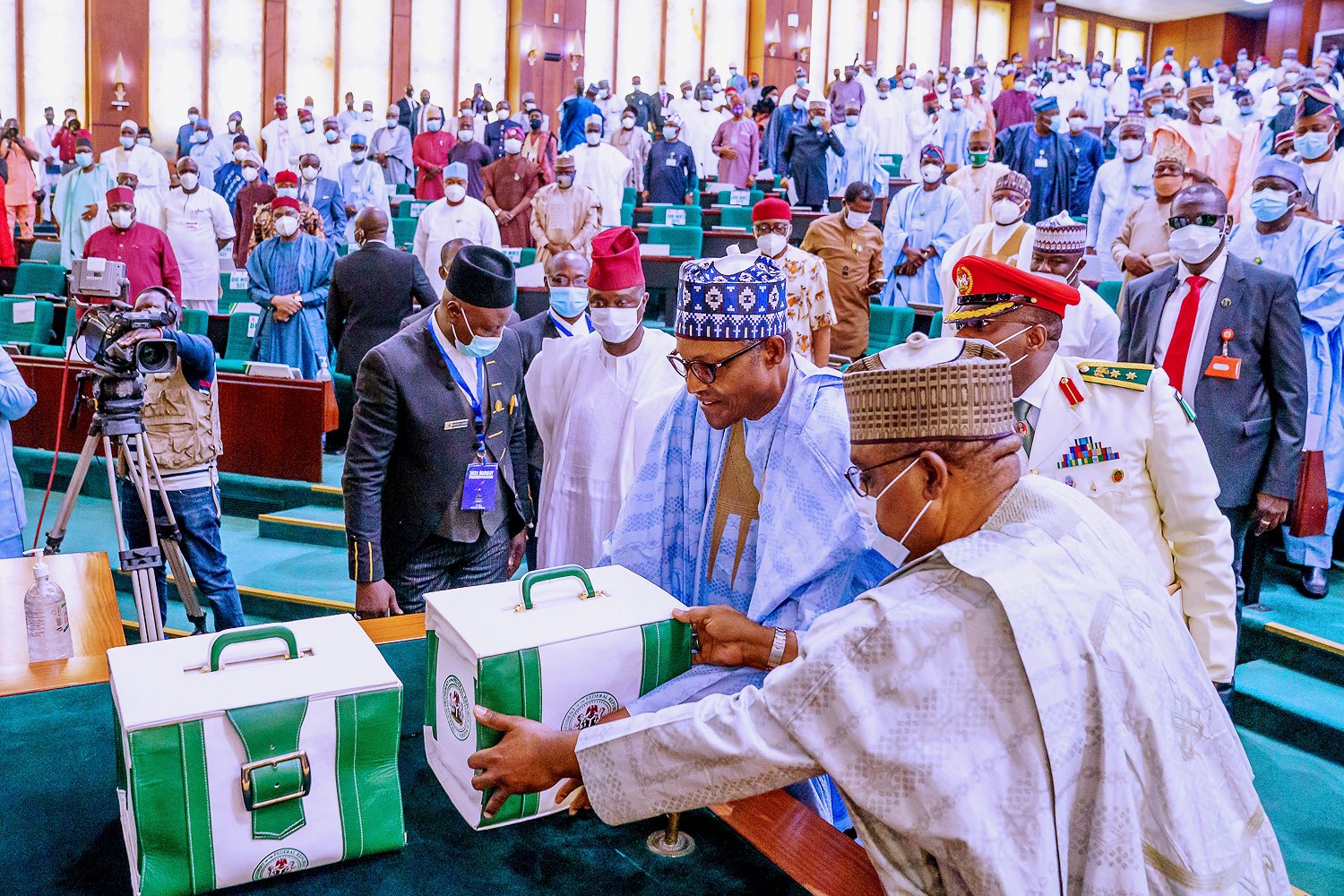 President Muhammadu Buhari on Tuesday asked the Nigerian Senate to consider and approve N895billion as a Supplementary Budget.

The request was made known at the senate on Monday.

This online newspaper reports that the Federal Executive Council (FEC) had earlier approved the amount.

A substantial part of the fund has been earmarked for the procurement of military hardware to prosecute the war against insurgency and banditry.

The Federal Government is also expected to use part of the fund for the purchase of COVID-19 vaccines and other health-related needs.

Meanwhile, activities at the Senate hallowed Chamber was on Tuesday morning disrupted following the heavy leaking of the roof.

Naija News reports that rain fell in the early hours of Tuesday morning rain in the nation’s capital, Abuja.

Following the leaking of the roof, Senators who were already at the chamber were forced to come outside, discussing in groups.

National Assembly staff have in the last couple of minutes packing the water with buckets and Packers, just as the entire environment, fora is covered with water, Vanguard reports.

Some Senators who came later while the place was filled with water, had to go through the House of Representatives.