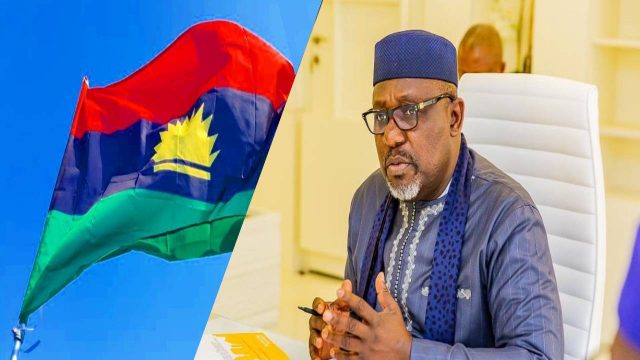 Senator Rochas Okorocha (APC-Imo West) has warned against the break-up of Nigeria, stressing that the Igbos will suffer more.

The former governor stated this while addressing some women groups in Abuja on Saturday.

Okorocha stated that the Southeast should push towards fixing the country and not its disintegration.

The lawmaker stated that Igbo should dismiss the urge for Nigeria’s disintegration because they are nationalistic.

Okorocha said: “It is only an Igbo man that goes to a place and remains put in that place, buys a land and builds a house for his family without feeling insecure. The Igbo’s will lose more if Nigeria divides.

“Most Nigerian leaders who were successful had one thing or the other to do with the Igbos. It is either they married Igbo women or had some links with them. I can call names like, former President, Obasanjo; former Vice President, Atiku Abubakar, Buba Marwa, just to name a few”.

Meanwhile, Governors in the Southeast part of Nigeria has publicly condemned activities of the Indigenous People of Biafra, IPOB.

The governors in a statement issued on Saturday, said the Biafra agitators are not speaking for the entire region on the call for secession.

The political leaders had met on Saturday in Enugu State to lay out plans on curbing the current security crisis rocking the region, condemned all secession agitation in the country.

The Chairman of the forum, David Umahi while addressing newsmen shortly after the meeting, said they believe in one Nigeria.