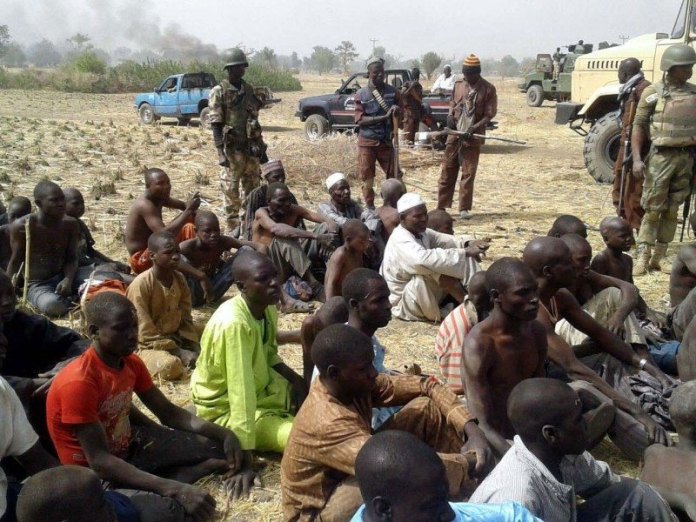 The Federal Government is set to commence the trial of 800 suspected Boko Haram members.

The Deputy Director, Prosecution and Head of Complex Casework Group, Federal Ministry of Justice, Chioma Onuegbu, stated this in Abuja on Friday during a media engagement on networking for justice and accountability.

She added that out of 1,000 case files reviewed, 280 had been filed at the Federal High Court, while 170 were recommended for release for lack of evidence.

Onuegbu also said the charges had been served on the Legal Aid Council of Nigeria, who would be defending the suspected insurgents in court.

“The military is making efforts to move the inmates, whose charges were ready to a safe location before the commencement of their trial,” she said.

Meanwhile, the Minister of State for Labour and Employment, Festus Keyamo (SAN), says the disbandment of the notorious Special Anti-robbery Squad (SARS) was responsible for the worsening insecurity in the country.

Naija News recalls that the squad was scrapped last year by President Muhammadu Buhari after series of #EndSARS protests across the country.

The protests called for the total disbandment of the squad over several reports of human rights violations, extortion, and extra-judicial killings.

However, while delivering a lecture at the Nile University of Nigeria, Abuja on Friday, Keyamo said the scrapping of the squad has given criminals more confidence to operate succesfully.

He said: “Can anyone now say #EndOperationLifeDole? Who can end it? I’m sure Boko Haram will March into Abuja. There was a time Boko Haram entered Abuja. So that’s the challenge, to maintain that security is fully maintained.

“That was the same thing we saw between SARS and human rights then, we have seen the porosity of removing security now because we wanted human rights at all cost. We ended SARS, we now see the problems we are facing.”