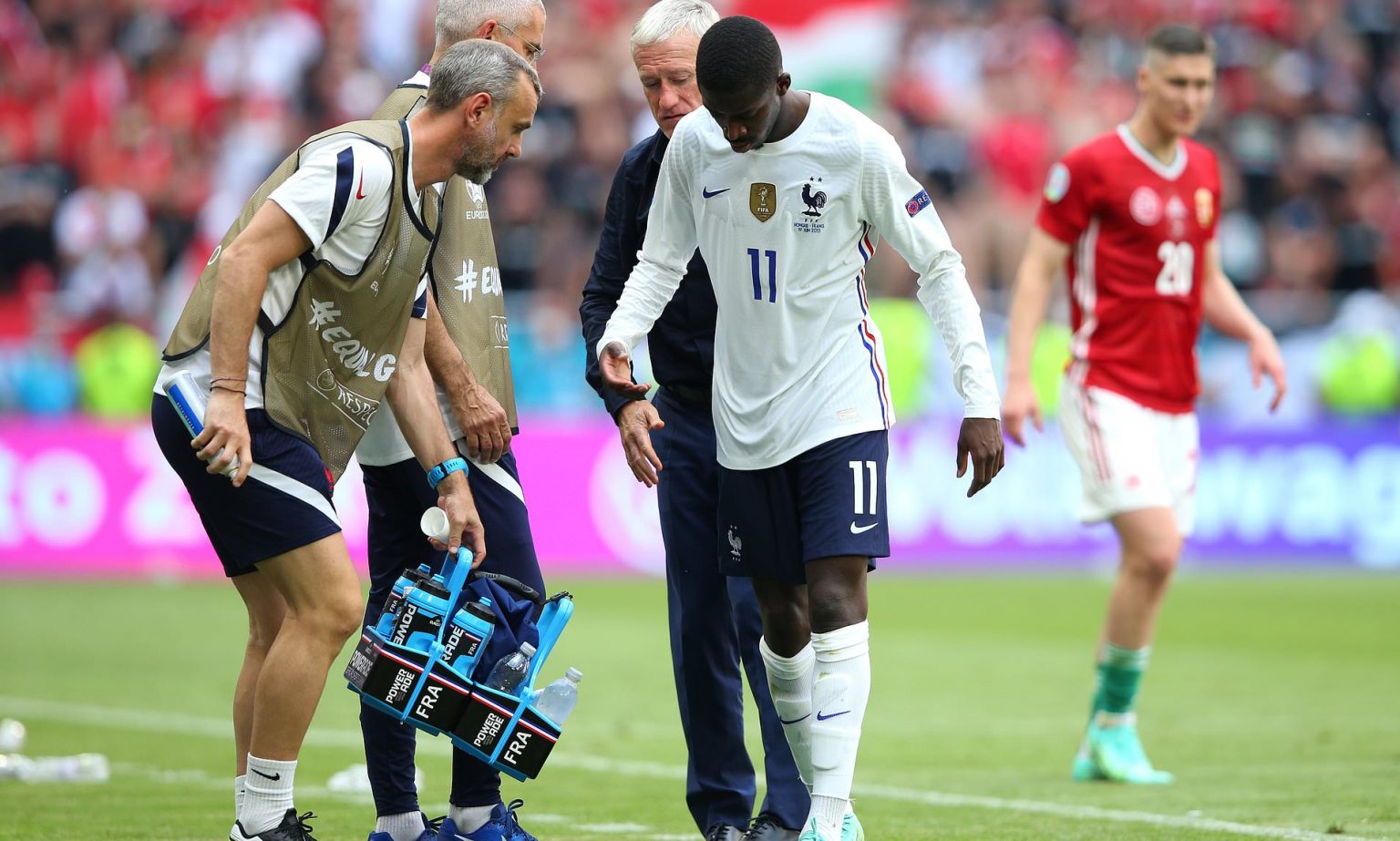 France have suffered a major injury blow ahead of their Euro 2020 clash with Portugal on Wednesday.

France forward, Ousmane Dembélé, limped off with an injury during France’s frustrating 1-1 draw with Hungary at Euro 2020 on Saturday in Budapest.

The Les Bleus were left stunned by Hungary and was forced to settle for a draw after Antione Griezmann cancelled out Atilla Fiola’s first-half goal.

But, the draw wasn’t the only blow for the World champions, who lost Dembélé to injury despite the Barcelona star only coming on as a substitute.

Dembélé came off the bench in the 57th minute during the encounter, replacing Adrien Rabiot as Didier Deschamps’s men searched for an equaliser at the time.

But the 24-year-old had to be brought off with three minutes to go for Atletico Madrid’s Thomas Lemar due to injury.

The injury seemed to be to his right foot, and it will be a big concern as the player looks to contribute for France across the rest of the tournament.