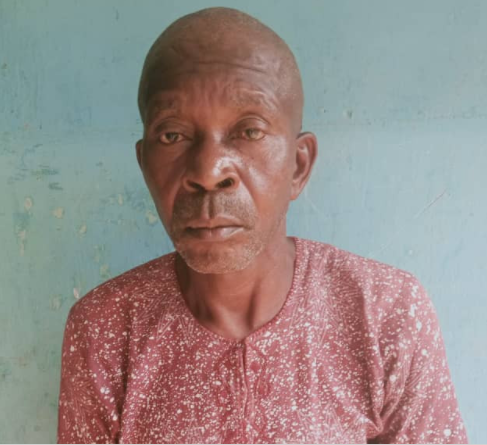 An Ekiti State man who is said to be in his sixty-five years of age has reportedly raped his stepmother.

Mr Sunday Abutu, spokesman for the state command of the Nigeria Police Force, confirmed the arrest of the suspect In a statement released on Thursday, June 17, Naija News reports.

According to Abutu, Durodola Ogundele was arrested on Wednesday by the Ido-Osi Divisional Headquarters of the command for allegedly raping his stepmother twice.

The suspect is said to have first had carnal knowledge of the 85-year-old woman in her room on June 15.

Abutu explained that Ogundele is a son to the victim’s late husband.

According to him, the suspect on the fateful day entered the victim’s room to assist her in applying herbal medicine on her legs to ease her pain.

“The victim alleged that after applying the herbal medicine on her legs, the suspect forcefully had sexual intercourse with her twice,” Abutu said.

He said the Ekiti police commissioner, Mr Tunde Mobayo, had ordered that the case be transferred to the State Criminal Investigation Department for proper investigation.

The spokesman said the suspect would be charged to court accordingly if found culpable.