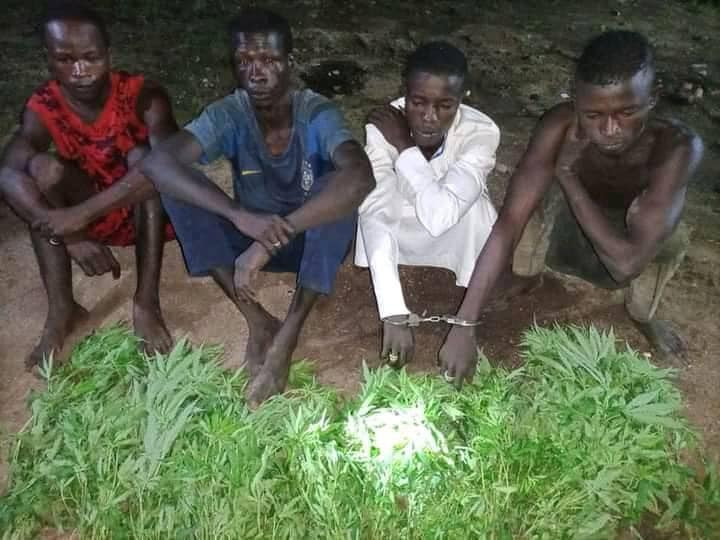 Some criminals suspects accused of turning a forest in Kogi State into an Indian hemp farm have been apprehended by some hunters.

The suspects, four in numbers, were caught when a group of hunters lauded as professionals raided a hideout of bandits and kidnappers around Osara in Okehi Local Government Area of Kogi State.

Reports had it that the hunters destroyed the Indian hemp farm belonging to the criminals during the raid conducted on Saturday night, June 12. Naija News learnt that the suspects have also in the forest some specially trained dogs to ward off anyone coming into their territory, thus making the area inaccessible for security personnel.

However, during the raid by the said professional hunters, ten of the dogs were killed and four of the bandits were arrested.

The bandits, it was gathered, specialized in kidnapping especially along the Lokoja-Okene Road.

Speaking after the operation, the chairman of Okehi Local Government Area, Hon Abdulraheem Ohiare, who led the operation, warned that Kogi State is no go area for criminal elements, noting that they will continue to hunt down criminals found within the state.

He commended the state governor, Yahaya Bello for his unrelenting efforts in making Kogi State the safest state in Nigeria today.