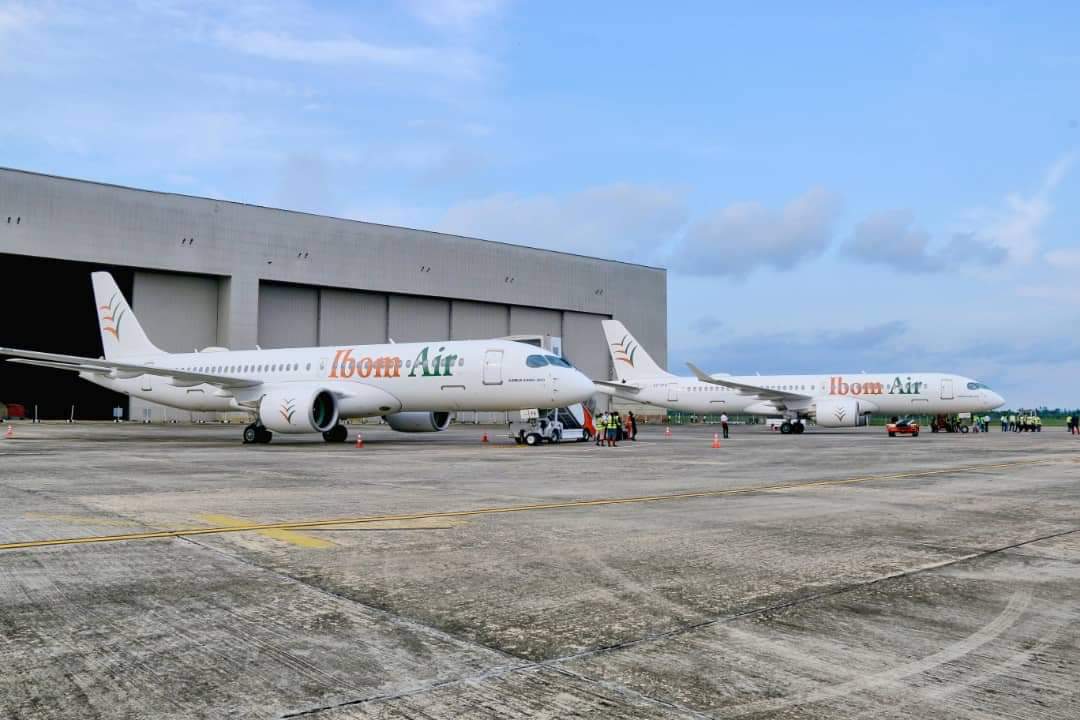 Two new A220-300 series Airbuses have been added to the fleet of Ibom Airline bringing the total to seven aircrafts.

Ten of such giant aircrafts are to be added to the fleet to boost the vision of making Ibom Air, the most vibrant airline in the sub-region.

The Akwa Ibom State Governor, Mr. Udom Emmanuel who announced this on Sunday while receiving the two new aircrafts at the Victor Attah International Airport, said that the two new Airbus A220-300 series mark a major milestone in Aviation development in the state.

Governor Emmanuel who further hinted that 10 Airbus A220-300 series will be added to the fleet of Ibom Airline before his tenure elapses in 2023, said “God will help us so we can take over the entire airspace in this region.