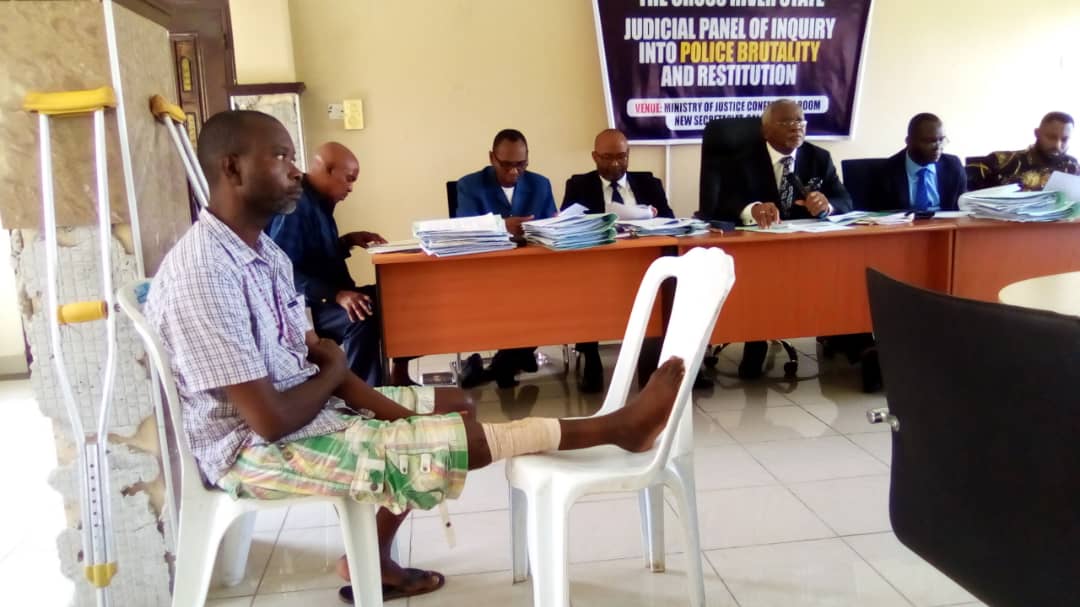 A Nigerian man, Agim Cyprian Chukwudi is languishing in pain after he was shot by a policeman identified as Kingsley Iyea over his inability to repay back the sum of 20,000 naira he borrowed from the policeman.

Speaking to IGBERE TV correspondent, Mr Chukwudi who revealed that the ugly incident happened in 2019 said since then he cannot walk but depends on his wife to survive and feed his three children.

According to Mr Chukwudi, “I was owing the policeman 20,000 naira and later gave him 5,000. When he kept disturbing I wanted to give him another 5000 naira, he refused and collected my motorcycle and kept it in the police station. It was there even when he shot me.”

Mr Chukwudi revealed that the policeman, Mr Kingsley Iyea, was a sergeant when he shot him but now an inspector.

Speaking to IGBERE TV on how the incident happened, Mr Chukwudi said the policeman shot him at Sankwala, Obanliku local government guesthouse in Cross River State.

“Because the policeman was aware that I manage the local government guesthouse. He came with his gun and shot me on my knee”. My friend was there with me that night and everything happened in his presence”.

“I have a wife and three kids, and the annoying part is that this police guy was a sergeant when he shot me, but today he is an inspector in police, nothing has been done to him.”

“I don’t walk again. I do everything with the help of my poor wife and kids, while he is there moving freely.”

“I was at the panel of inquiry for police brutality in Calabar I won my case, since police said they don’t have any defense.”

Mr Chukwudi pleaded to Nigerians to assist him so he can walk again.

He said : “I suppose to be in Enugu State for surgery, that will cost at least 750, 000 naira so that iron would be planted in my leg to enable me walk again, but I don’t have the money. ”