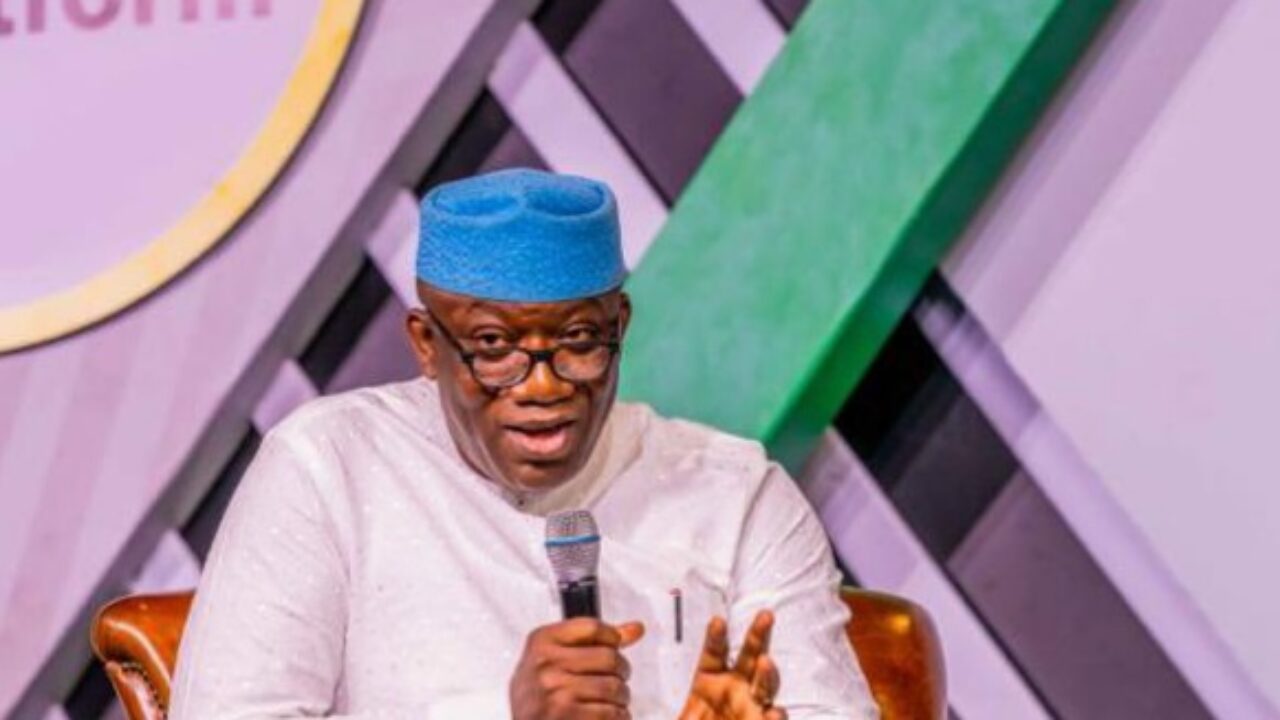 The executive governor of Ekiti state, Kayode Fayemi has stated that Nigeria has left Egypt eventhough the country has not reached the promised land.

The “promised land” is a city in the Bible that God vowed to give Abraham and his descendants. The Israelites wandered in the wilderness for 40 years before reaching the promised land.

This was contained in a goodwill message signed and released to newsmen by the governor to commemorate Democracy Day.

Fayemi said Nigeria has made considerable progress and that despite its imperfection, democracy remains the best option for the nation.

The governor said through the determination of the citizens and their active participation in the democratic process, Nigerians could realise a truly great country of their dream.

He urged Nigerians not to relent in their search for lasting peace as a necessary condition for progress and prosperity.

According to him, only a truly great, peaceful and prosperous Nigeria can be a befitting compensation for their sacrifices.

The governor said democracy is a journey and not a destination and that a lot more sacrifice is required from the citizens to ensure the country get the best out of its democratic rule.

“We may not have reached the promised land, but we have left Egypt. We may not have attained the best, but we surely have made some progress as a nation, “he said.

“With more determination and active participation of the citizens in the democratic process, we would reach the promised land.

“While we remember today the contributions and sacrifices of our patriots – dead and living – the only befitting compensation for their efforts would be a truly great, peaceful and prosperous Nigeria. This is achievable. ”

The governor asked the youth to show more interest in the economic and political development of the country, adding that they have the required education, exposure, and numerical strength to make a positive impact on the economy and governance.