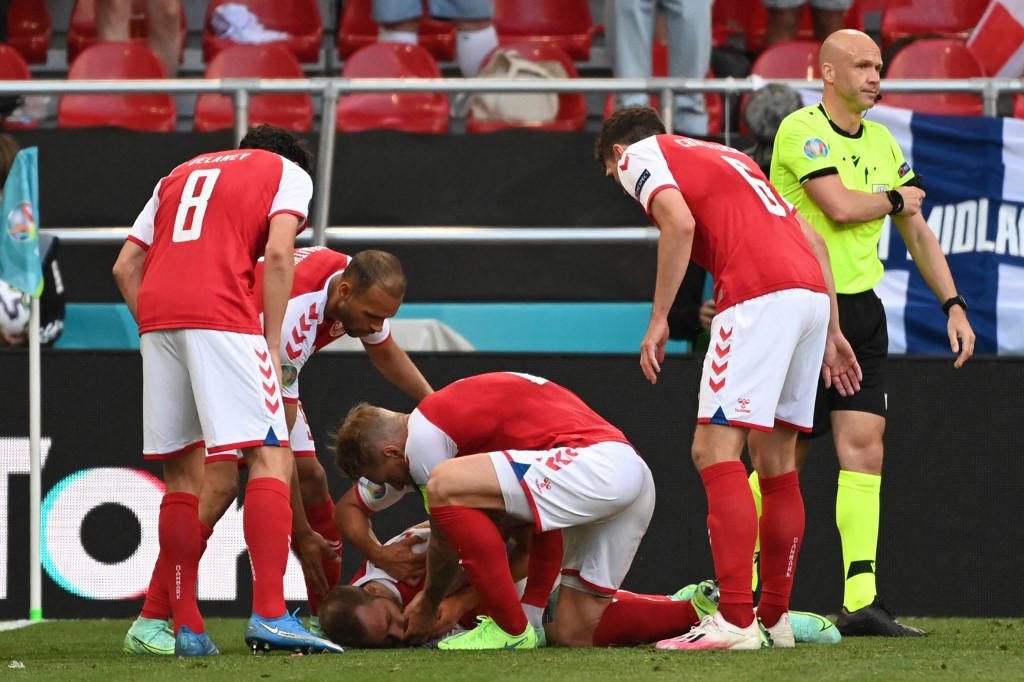 Television pictures showed Danish players and officials in tears as medical stuff tried to revive the Inter Milan player, who suddenly collapsed near the touchline.

Christian Eriksen, a Denmark football star collapsed on the pitch in Saturday’s Euro 2020 game against Finland in Copenhagen, causing the suspension of the match in the first half.

Television pictures showed Danish players and officials in tears as medical stuff tried to revive the Inter Milan player, who suddenly collapsed near the touchline.

Before the incident, Denmark had started with Jonas Wind up front as they aim for a winning start to Euro 2020 in Saturday’s Group B game with underdogs Finland.

There are few surprises in coach Kasper Hjulmand’s selection, with Barcelona forward Martin Braithwaite and RB Leipzig’s Yussuf Poulsen on the wings backing up the 22-year-old Wind, an FC Copenhagen striker who is playing at his home ground against the Finns.

The Parken Stadium in the Danish capital, which hosts 16,000 fans — about 45 percent of capacity, also saw playmaker Christian Eriksen pulling the strings behind Wind before collapsing.

Teemu Pukki starts for the Finns despite having only played a few minutes since injuring his ankle at the end of the English season with Norwich City.

The 31-year-old, who has scored 30 goals for his country, had said on Friday that he felt ready to play in Finland’s first ever match in a major international tournament.

Pukki is only two goals behind Finland’s all-time highest goalscorer Jari Litmanen, who is widely considered the country’s greatest ever footballer.

Captain Tim Sparv also took the field after recovering from a knee injury that had kept the midfielder out of action since the end of March.