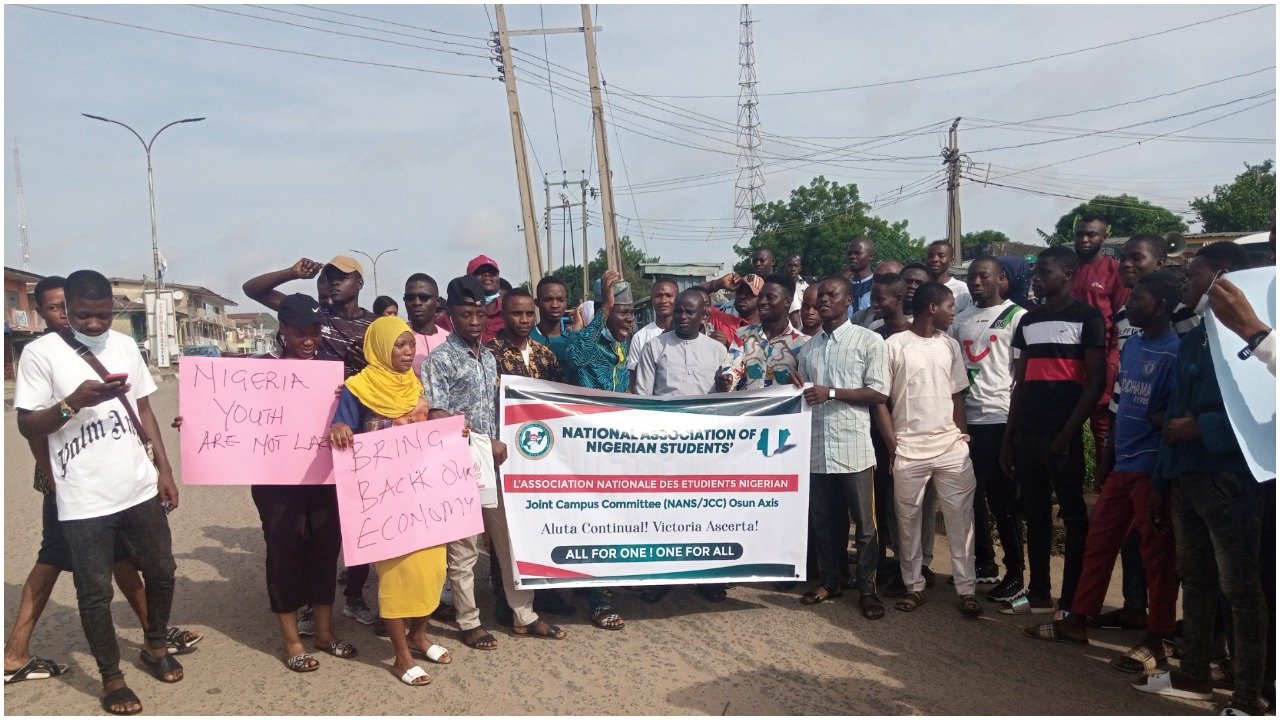 The National Association of Nigeria Students (NANS) has made a u-turn on its initial decision ordering members to boycott the June 12 nationwide protest.

The Osun State chapter of the association joined the nationwide protest in Osogbo, the state capital, on Saturday.

However, the coalition of civil society in Osun commenced a massive rally against insecurity and unemployment in Nigeria.

Speaking, Afeez said the situation of the country is unbearable to live in.