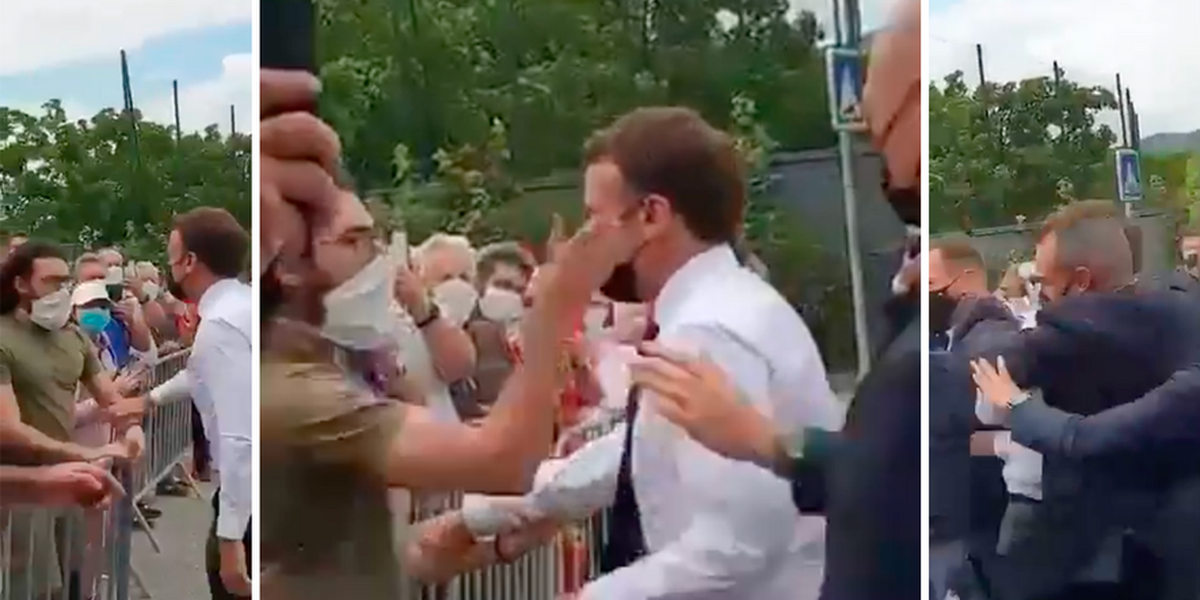 A twenty-year-old France citizen identified as Damien Tarel, on Thursday revealed the reason behind his decision to slap the President of France, Emmanuel Macron.

However, his explanation was not enough to hinder the court from sentencing him to four-month imprisonment for slapping the president.

Recall that Tarel slapped the president on Wednesday while exchanging pleasantries with members of the public during a trip in France’s Drome region.

Tarel when brought before the court disclosed that he had thought of other ways to humiliate the president days before his visit to the region.

“I think that Macron represents very neatly the decay of our country,” he told the court, according to BFM TV.

“If I had challenged Macron to a duel at sunrise, I doubt he would have responded.”

He added that he was angered by Macron’s “friendly” looks. The court handed him an 18-month jail term out of which 14 is suspended.