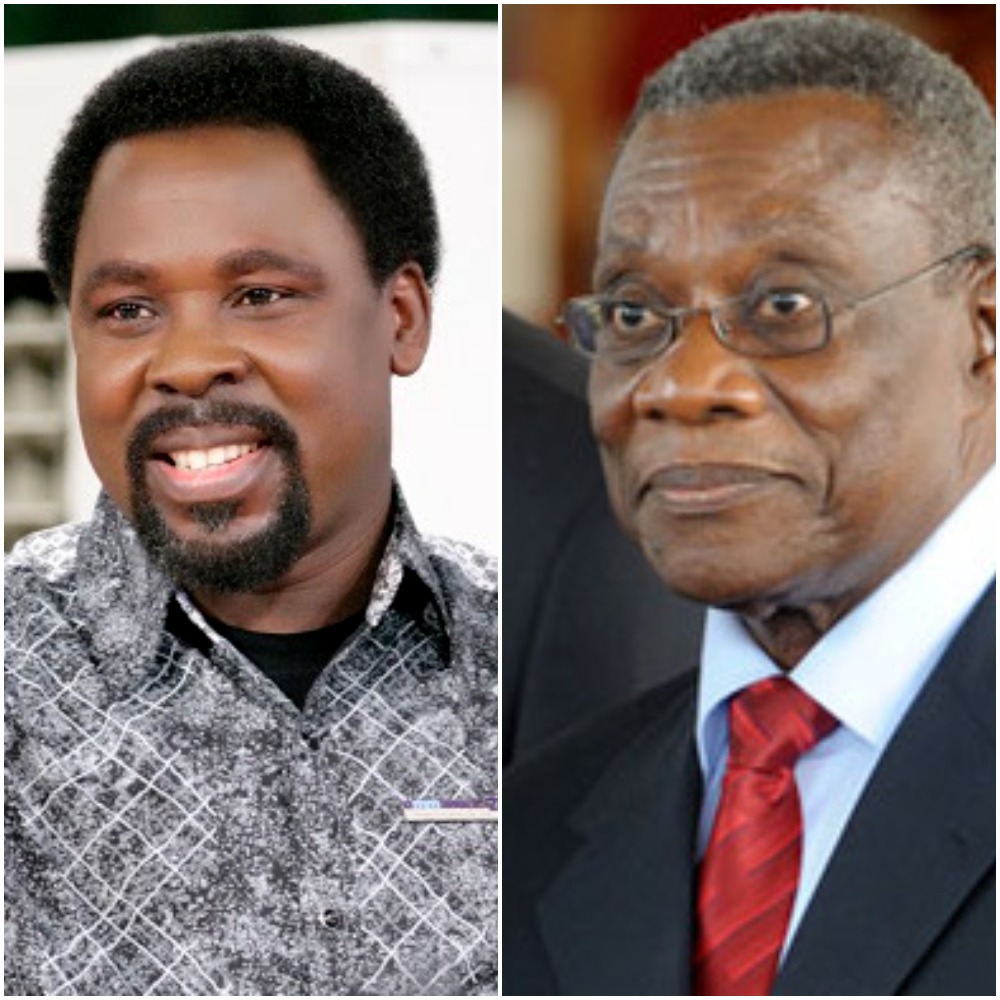 A former Communications Director to the ex-president of Ghana, Atta Mills, Koku Anyidoho, has revealed how the former president was expected to travel to Nigeria to meet his spiritual father, the founder of the Synagogue Church of All Nations. Prophet T B Joshua on the day he died.

The former President of Ghana died on 24 July 2012 at the 37 Military Hospital in Accra, three days after his 68th birthday.

Anyidoho in an interview on Angel FM on Tuesday said Mills who was President from 2009 until his death in 2021 had trust in the popular televangelist with whom he had a close relationship.

“They had a quite close relationship. I know for a fact that on the 24th of July he died, plans were afoot he was going to travel to Lagos that day. In fact, a letter had been written by his Secretary notifying the Speaker of Parliament of his travel as stipulated by the Constitution before what happened in a very dramatic fashion.”

“As at 10 am, we were all at the Castle and we knew the President was getting ready to travel that afternoon then within seconds and minutes everything suddenly went haywire and it was unbelievable. One moment the person is alive and he’s getting ready to go to Lagos and then shortly he’s no more,” he said.