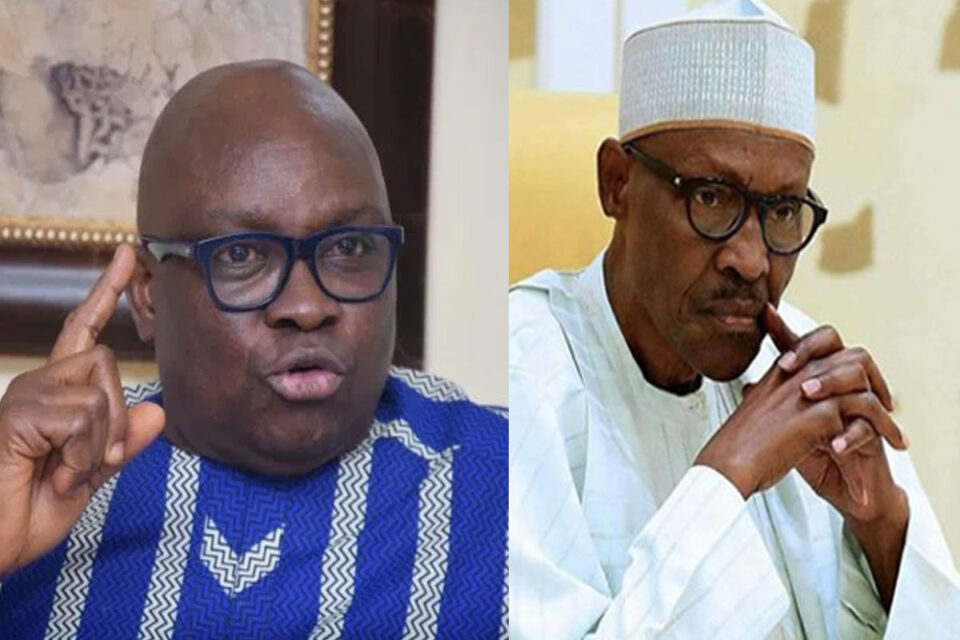 A former Governor of Ekiti State, Ayodele Fayose, has again challenged President Muhammadu Buhari’s government over the ban placed on the use of Twitter in Nigeria.

The Peoples Democratic (PDP) member shunned the government’s order, declaring that he will continue to use the suspended social media platform.

Fayose insists that he will continue to use the microblogging platform, urging other citizens to do the same, noting that the government has no right to stop them from using the platform for communication.

Former Minister of Education, Dr. Oby Ezekwesili; and ex-Minister of Aviation, Femi Fani-Kayode, had on Sunday dared President Buhari’s government to arrest them as they continue to use Twitter despite the ban. In the same vein, a popular activist, Aisha Yesufu, had as well stated that the Buhari-led Federal Government has no right to arrest her for using Twitter.

Making his stand known on Monday, Fayose on Twitter wrote: “Good morning Nigerians. Like Buhari, no President elected by Nigerians can be a law unto himself.

“It is our right to use Twitter and other social media platforms and we’ll keep tweeting. I’m tweeting and so are many other Nigerians,” he said.