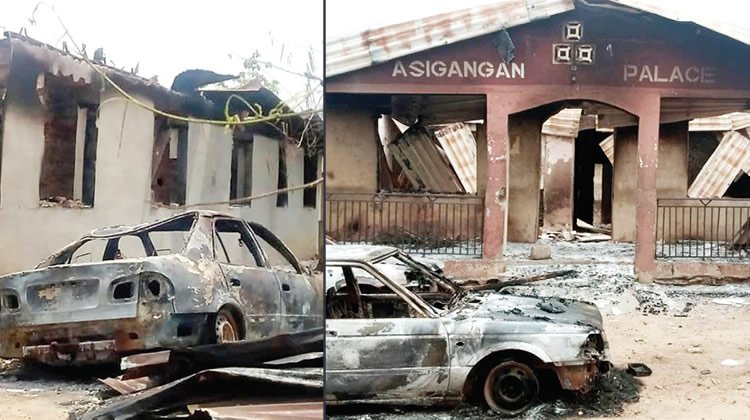 The Oyo chapter of the Western Security Network of Nigeria, codename Amotekun, has reacted to the attack by some suspected herdsmen on the people of Igangan, Oyo State.

Gunmen suspected to be Fulani Herdsmen attacked the community killing no fewer than 10 residents.

It was gathered that the Fulani herdsmen attacked the community at around 11pm on Saturday, leaving the village early Sunday morning.

A source in the community identified two of the people killed as Lekan and Ajani, while a resident of Ayete who is close to the family of the deceased farmers, Olalekan Etu disclosed that hunters were already on their way to track down the Fulani killers.

Reacting, Chairman of Amotekun in Oyo State, General Ajibola Togun (rtd), said no comment could be made for now on the attack due to the ongoing investigation.

He added that the corps is still assessing the situation in the area and trying to restore calm to the community.

He said: “Right now, I cannot give full details of what led to the fresh attack. We are still assessing the situation.

“I have not had full details about the incident. I can’t grant any interview for now until I have full details of what led to the attack.”