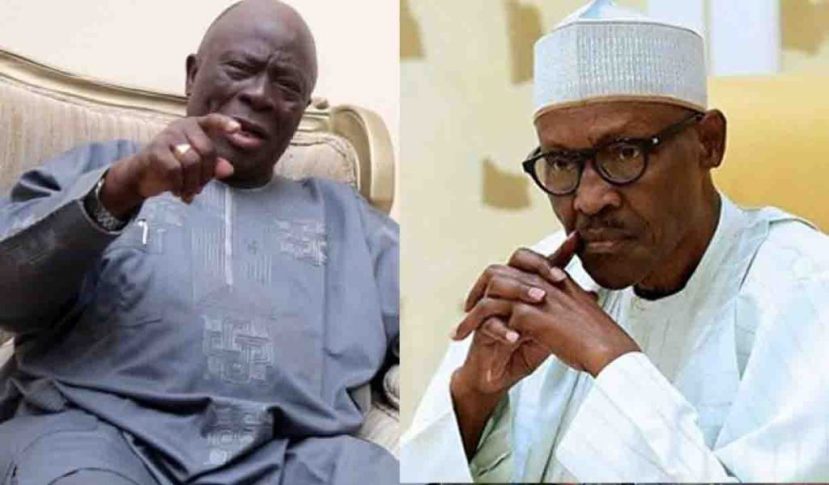 Acting National Leader of Afenifere, Ayo Adebanjo, has alleged that President Muhammadu Buhari does not have respect for the rule of law and human rights.

Adebanjo made this known on Channels Television on Wednesday while reacting to the President’s recent comment on his experience during the civil war and his threat to those “bent on destroying” Nigeria through “insurrection”.

Adebanjo described the statement made by the President as unfortunate, adding that a democratically-elected president should not threaten his people with lessons practised during a war.

The Afenifere leader, however, said he warned Nigerians not to vote for Buhari in 2015 because of his antecedents as a dictator and feudalist.

He said: “It is a very unfortunate statement from the president of a democratic country. I was very sad when I heard it. When I was informed, I thought it couldn’t be but I’m not surprised.

“It is those of you who voted for Buhari in 2015 that should be amazed. I warned you then that this man is a dictator. He is born a feudalist; he is trained as a dictator, and he has no respect for the rule of law.

“Can a democratic president be talking of teaching his subjects, who voted him into power, that he is going to teach them the lessons practised during a war? We are in peacetime.”

The Afenifere leader argued that the 1999 constitution was imposed on Nigerians by the military government, stating that it is unnecessary to amend such a constitution.

He also noted that the country should return to the 1963 republican constitution, which he said was created by the founding fathers.

Adebanjo said: “We cannot amend a constitution we didn’t make.