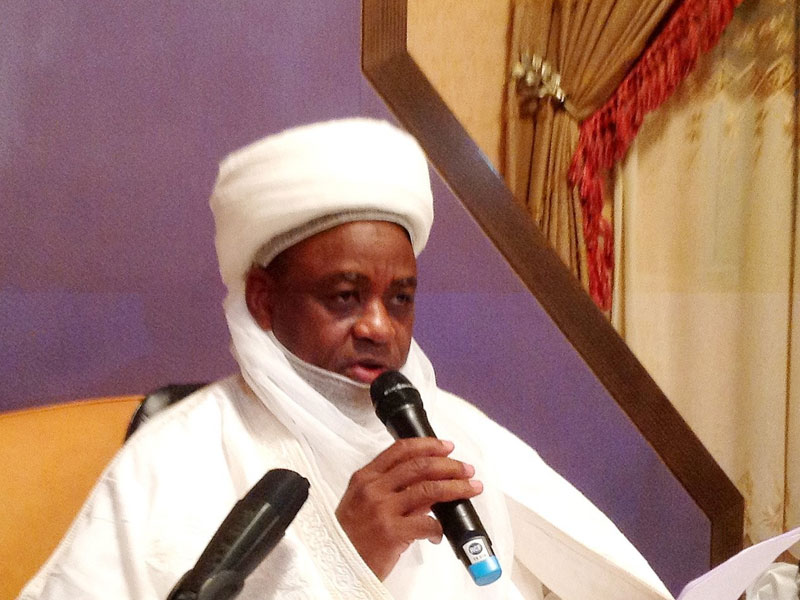 The Sultan of Sokoto, Alhaji Sa’ad Abubakar, has called for the removal of the immunity clause in the constitution for Nigerian politicians.

Addressing stakeholders at the zonal constitutional review in Kebbi, President-General of the Nigeria Supreme Council for Islamic Affairs, said the removal of the clause will compel leaders to live up to their responsibilities.

He also advocated a constitutional role for traditional rulers, saying it was time Nigerians talk frankly on how they want the country managed.

The Sultan attributed the crisis in the country to the relegation of traditional rulers as they were given no constitutional role to play.

According to the Sultan, before the Nigerian nation came into being in 1914, the traditional institution had existed.

He said: “One of the controversial issues, which I feel strongly about is the immunity clause. When you are immune, nobody can take you to court as a leader and it means that you can do whatever you want to do. You can claim to be God.

“But when that immunity is removed and you are made to live in a society where people are taken to court for abuse of office, I think our leaders here will wake up. Let us see how to tinker with that immunity clause.

“Will it be better to give immunity to a few people or remove the immunity so that all of us will be equal? It is another food for thought. So, please don’t hold back, speak your mind on how you want this country to move on.”