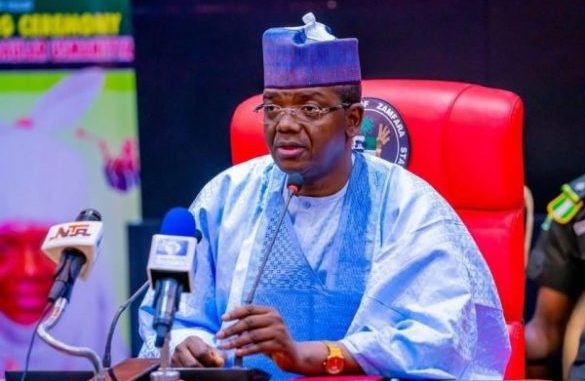 Governor Bello Matawalle of Zamfara State on Wednesday ordered all residents of the state to handover illegal firearms in their possession to a nearby police station within seven days.

Matawalle in a statement urged security agencies to shoot bandits, persons or groups of people seen with Ak-47 or any weapons.

Matawalle added that his administration will support the police and other security agencies with all the necessary logistics to discharge their duties effectively.

”Only those approved by law or the security agencies are to carry guns and other sophisticated weapons, anyone found in unlawful possession of guns should be shot on the spot.

“The whole area of Zamfara State is declared to be a proclaimed district.

“All officers and soldiers of the armed forces, Department of State Security Service (DSS), Nigerian Security and Civil Defense Corps (NSCDC) are hereby conferred with powers of arrest of police officers.”