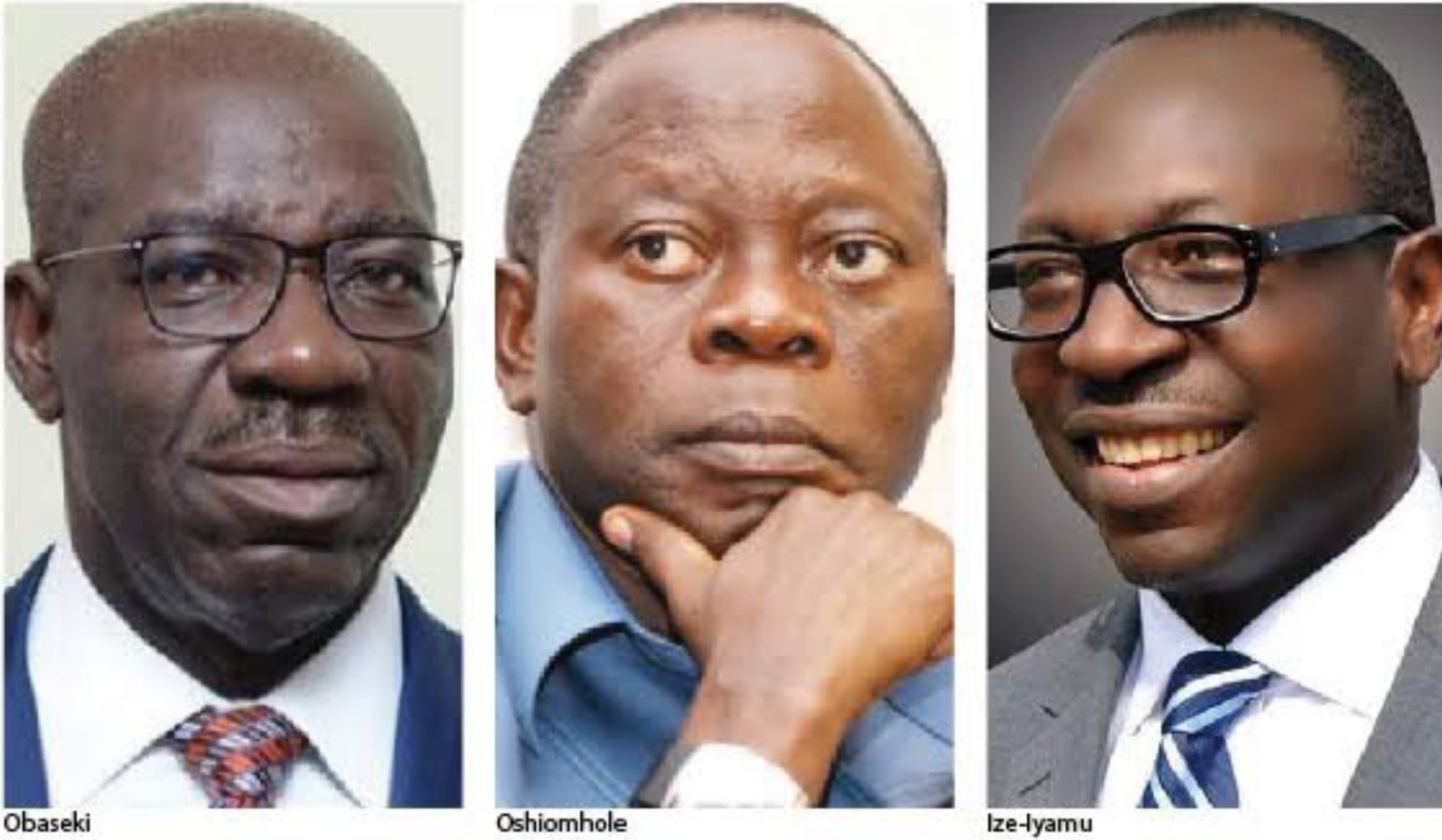 Former National Chairman of the All Progressives Congress (APC), Comrade Adams Oshiomhole, and the 2019 APC governorship candidate for Edo State, Pastor Osagie Ize-Iyamu have both appealed to the Edo State Governor, Godwin Obaseki to be magnanimous in victory.

The two spoke in separate letters to the Governor after the Supreme Court ruling which affirmed Obaseki as the duly elected Governor of the state.

On his part, Oshiomhole in his letter to Obaseki as made available to newsmen in Benin on Monday by his media aide Victor Oshioke, appealed to the Governor to put the past behind him.

Describing Obaseki as a brother from another mother, Oshiomhole while congratulating the Governor on his Supreme Court victory, urged him to consider their past relationship and believe God has a reason for everything.

The letter read in part: “Congratulations on your victory at the Supreme Court which has effectively laid to rest all matters arising from the last election.

“As I had repeatedly reminded you during our several meetings, our relationship has through the years developed beyond being friends to being brothers of different parents.

“Whatever happened is unfortunate and I believe God has a reason for everything. I have put all behind me and moved on. As I have consistently advised, please be magnanimous in victory. You are the Governor of all Edo people, regardless of political leanings.

On his part, Ize-Iyamu, also appealed to Governor Obaseki to use his office to find an out-of-court settlement for the issue of the 14 lawmakers-elect in the state who failed to present themselves for inauguration.

He also begged the Governor to be merciful on some elected Local Government Chairmen, Vice-chairmen, Councilors, and Supervisory Councillors who were removed from office some time ago.

He pleaded with Obaseki to pay their entitlements.

“Though the matter is in court, you are in a vantage position to consider an out-of-court settlement of the issue, in the overall interest of our state.”

“I also urge the Governor to intervene in the issue of elected Local Government Chairmen, Vice-chairmen, Councilors and Supervisory Councillors, who sometimes ago were suspended and removed from office.

“Our appeal is that you consider paying them their entitlements since it is now late for them to return to their offices. This can also be through an out of court settlement”.

“Last Friday’s judgement of the Supreme Court puts an end to the series of litigations we had over last year’s governorship elections.

“We are happy that all these cases have come to an end. Now that it is all over, please accept my congratulations,” he wrote.