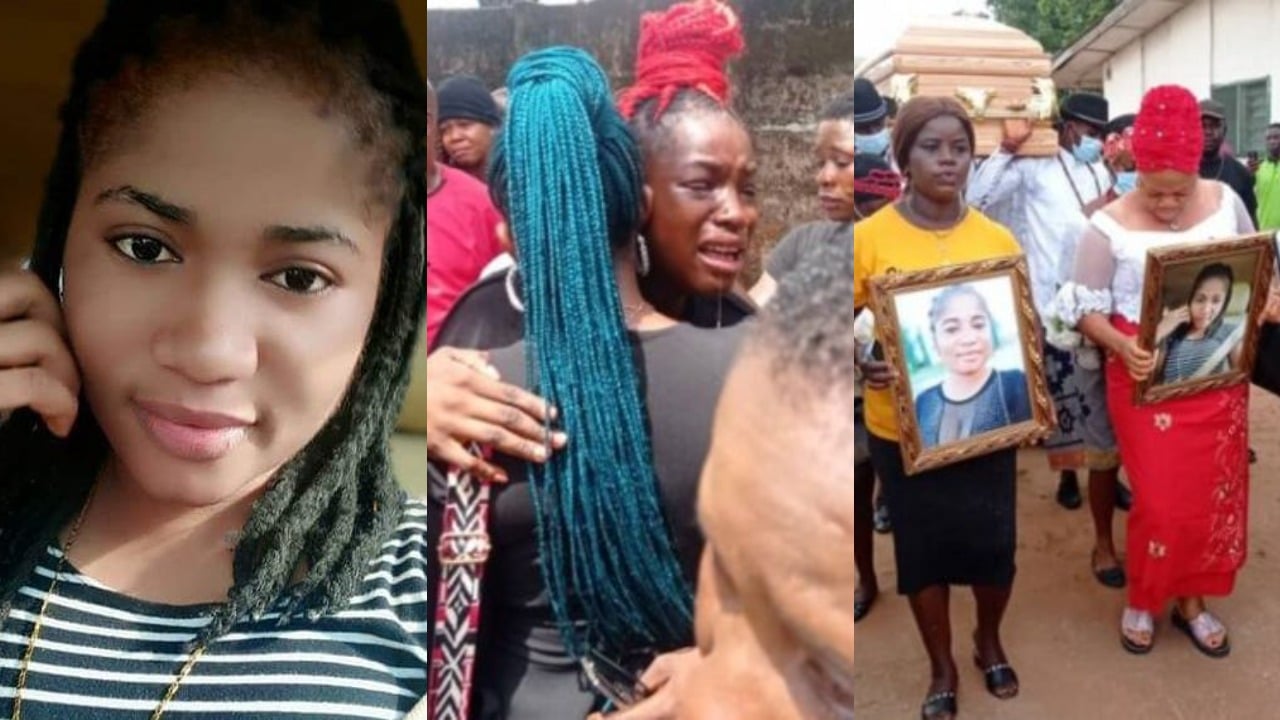 Onyefeze Alaekwe, father of late comedienne Ada Jesus has opened her last words to him, revealing his daughter knew she would die.

The bereaved father stated this in an interview with BBC on Friday during the burial of his only daughter in Oguta, Imo State.

“My daughter knew she would die. You know when someone starts to tell you that when they die, make sure to give her a befitting burial.

“I did not just start hearing things like this and being somebody that was sick for some time her death was no surprise to me.

“I am not happy I lost my daughter but I cannot question God.

“Ada Jesus is my only daughter… I am not the first person to lose a daughter but her death really hurt me,” the old man said.

“I thank everyone who contributed one way or the other because many people tried to help save her but nobody can stop death,” he added. “My wife is a very good woman; she has a good heart and I am so happy to have her as my wife.” “I am not happy that I lost my wife at the age of 24 and our marriage did not last. Our marriage was just two years. Her death is a big loss to me,” Nnadi said.