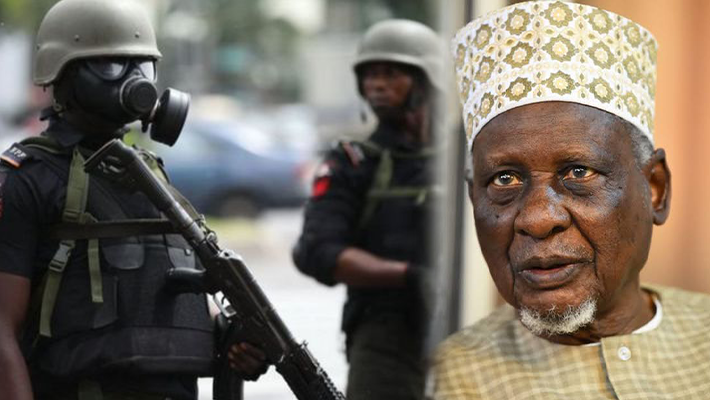 Elder Statesman, Tanko Yakasai has said that the establishment of state police would destroy the nation’s democracy.

He made this known on Thursday while making his presentation at the North West Zone Public Hearing on Review of the 1999 Constitution in Kaduna.

Yakasai, however, called for the strengthening and financing of the Federal Police for optimal performance.

He asserted that state governors will misuse the state police to favor and will use it to intimidate political opponents in their respective states.

According to Yakasai, Nigerians lost confidence in Local Government Elections because of the way governors use the State Independent Electoral Commissions to manipulate election results in their favor.

Yakasai urged the Federal Government to recruit more police personnel to add to the existing 400,000 policemen across the country.

He argued that well-equipped federal police would serve a better purpose than creating state police.

He said: “If the government increases their number to at least 600, 000 or more, it will tackle the security challenges in the country.

“The major problem is that the state government cannot afford to maintain the state police because of the financial implications.

“We had state police in the South-Western province during Akintola’s era and also in the Northern province under what we called Local Authority (LA) before it was abolished.

“We know how they were abused and if we return them, they will destroy our democracy.”

Yakasai called for the continuation of the three tiers of government with Federal, Regional, and state governments.

He said the Federal Government should allocate more funds to regional governments and the states for faster development and as a way of devolution of powers.

Yakasai said the national assembly should consider establishing a regional legislative arm with both elective and appointed legislators to guide the state legislative arm.