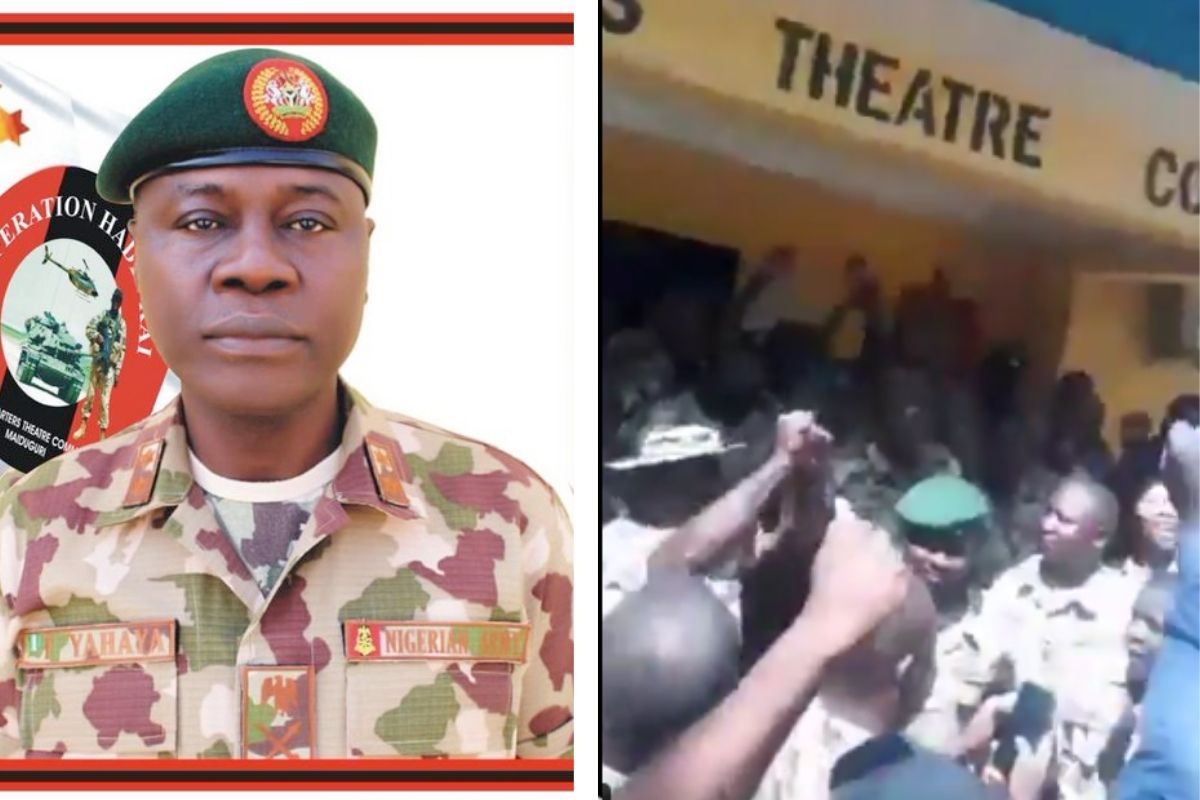 The Defence Headquarters announced the appointment of Yahaya in a statement released on Thursday.

The new COAS was the General Officer Commanding, GOC, 1 Division of the Nigerian Army and the incumbent Theatre Commander of the Counter-Terrorism Counter Insurgency military outfit in the North East, codenamed Operation HADIN KAI.

The soldiers in the video which congregated in front of the Headquarters of the Theatre of Commander were seen rejoicing following the appointment of Yahaya.

Addressing the soldiers, a senior officer urged the men to pray for the new COAS for “Allah’s protection.”