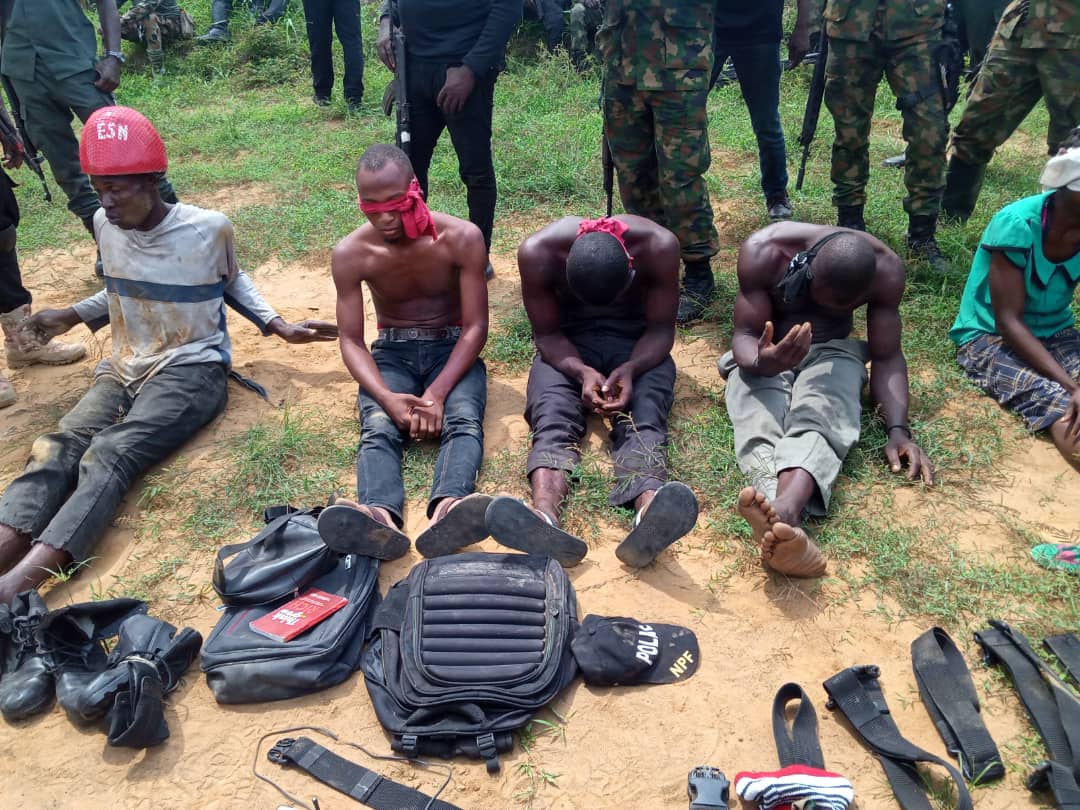 Troops of the Nigerian Army on Friday said it recovered AK 47 rifles, G3 rifles, locally made machine gun, G3 magazine, rounds of ammunition and Baofeng handheld radios with chargers from members of the Eastern Security Network.

The report revealed that no fewer than seven members of the Indigenous People of Biafra (IPOB) backed by the ESN were killed during the raid in the Agbochia camp of the Biafra warriors.

The ESN camp is located in a forest in the boundary between Eleme and Oyigbo Local Government Areas of Rivers, 30 kilometres away from the state capital, Port Harcourt

Fiver other members of the ESN militants were also arrested by the team led by Brig. Gen. M. D. Danja, in conjunction with the Nigeria Police, Department of State Security Service (DSS) and Nigeria Security and Civil Defence Corps (NSCDC).

An intelligence officer told PRNigeria that the troops did not record any casualty. Other items recovered from the militant group inl were NAF Tag and rank of an LCPL, GD belts, locally made helmet with ESN inscription, assorted phones, NPF face cap, boots, camouflage T-shirt, backpack and other valuable documents.

“The camp was destroyed in-situ. The suspects and corpses have been handed over to Rivers State Commissioner of Police for further investigation”, the source added.

Meanwhile, the leader of the proscribed Indigenous People of Biafra (IPOB), Nnamdi Kanu, has hinted that bombing parts of Nigeria may fast-track the realisation of Biafra.

Nnamdi Kanu in the post on his social media handle claimed that the nation of Israel had to bomb a key establishment of the British government before it could become an independent nation.