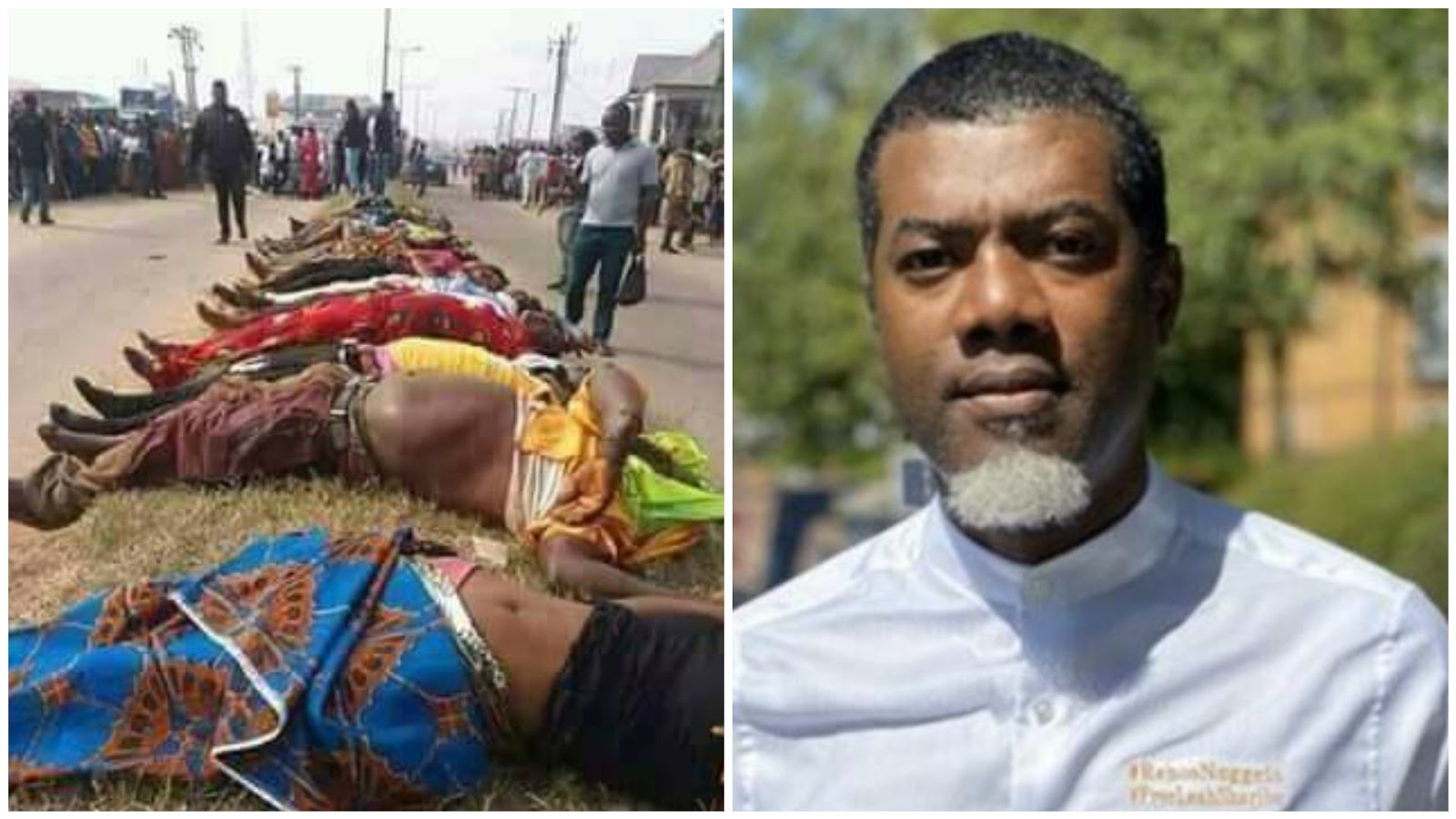 Former presidential media aide, Reno Omokri has said Benue State needs a freedom fighter in the mold of Sunday Igboho to stop the incessant attacks by herdsmen on the residents.

He made the submission on Friday in his reaction to the frequent attacks on Benue State which has the hashtag #BenueUnderAttack trending on Twitter.

It will be recalled that not less than thirty-six people, including students of the College of Education in Katsina-Ala, have been reportedly killed in an attack by Fulani herdsmen.

According to reports, Shikaan Mbagena Kpav, a TIV community in Benue State was attacked in the early hours of Thursday.

The incident has stirred reactions on social media as Nigerians condemned President Muhammadu Buhari for not acting.

Nigerians are retweeting a hashtag, #BenueUnderAttack, and lamenting the silence of the federal government and security agencies to address the situation of the killer herdsmen.

In his own reaction, Omokri alluded that President Buhari is supporting the action of the herdsmen and the Benue people need a strong activist like Yoruba activist, Sunday Igboho to defend them.

He wrote: “Except Benue gets their own Sunday Igboho, these almost daily attacks that have characterized #BenueUnderAttack will continue to happen. If Benue people clash with cows, General @MBuhari
will ALWAYS side with cows. Benue needs an Igboho that will side with them.”

Except Benue gets their own Sunday Igboho, these almost daily attacks that have characterised #BenueUnderAttack will continue to happen. If Benue people clash with cows, General @MBuhari will ALWAYS side with cows. Benue needs an Igboho that will side with them#TableShaker

Meanwhile, the Minister of Defence, Bashir Salihi-Magashi has defended the decision of President Muhammadu Buhari to appoint Major General Farouk Yahaya as the new Chief of Army Staff.

According to the Minister, Buhari didn’t consider ethnic or religious factors but only national interest in choosing the new Army chief.

The appointment of a northern Muslim by the President has attracted various reactions and criticisms from some sections of the public.

However, Magashi in a statement on Friday by his Special Assistant on Media and Publicity, Mohammad Abdulkadri, said President Buhari had put “national interest above ethnic and religious chauvinism”.

The Minister described Yahaya as the right person for the job and expressed confidence in the ability of the new Chief of Staff to deliver.