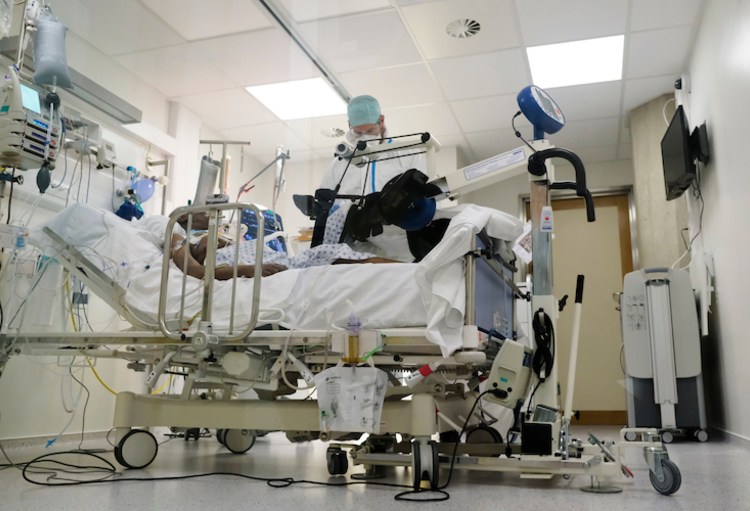 As of today, fewer than 500 Covid-19 patients are admitted to intensive care units in Belgian hospitals, meaning that an important condition to start the first stage of the “summer plan” on 9 June has been met.

On Thursday, the latest figures by the Sciensano national health institute still stated that 508 patients were in ICU, but the number dropped to 491 in the meantime, according to Corona Commissioner Pedro Facon.

“Important alert threshold,” he said on Twitter. “Now we need to continue this trend to resume all regular patient care (blue mass in graph), but also give our healthcare workers some breathing space.”

By dropping below the alarm threshold of 500 patients set by the Consultative Committee, Belgium fulfilled one of the conditions for the planned relaxations from 9 June, which will see the indoor areas of bars and restaurants reopen along with a number of other businesses.

The other condition, which stated that 80% of at-risk people have to be vaccinated at least once, is not expected to be a problem either. Earlier this week, the authorities announced that 72% of that group was vaccinated, with an 80% coverage rate expected by the start of June.

According to virologist and interfederal Covid-19 spokesperson Steven Van Gucht, the threshold was reached “a bit earlier than we initially expected.”

“That 500 is, of course, an artificial limit that the politicians have set for the relaxation agenda, but it is important to have a milestone,” he told Het Nieuwsblad, stressing that it is “particularly positive” that the tax on ICUs continues to decrease at the same rate.

Now that Belgium has crossed the threshold, however, the Consultative Committee still has to give the official green light before any relaxations can go into force.

The next Committee meeting is planned for Friday 4 June, when the authorities will discuss the modalities for the EU’s Digital Covid Certificate, among other things.